The chief executive officer of JLab Audio has had to rethink his entire strategy as a result of the tariffs that President Donald Trump has levied on China and says about 70 per cent of his company's products will be affected.

The US has already slapped 25 per cent tariffs on US$34 billion (S$46 billion) of Chinese shipments since July 6, and a second round of tariffs for US$16 billion worth of Chinese goods is currently under review.

The Trump administration has also threatened to impose tariffs on an additional US$200 billion worth of Chinese goods targeted for 10 per cent tariffs.

Last Friday (July 20), the president said the amount could go up to US$500 billion in Chinese imports - all of what China sells to the US in a year.

The 200-page list of Chinese products worth US$200 billion includes finished consumer electronics.

JLab Audio designs earbuds, headphones and speakers in the United States and manufactures them in China. If the new tariffs go through, most of the Carlsbad, California-based company's products will cost more to produce - forcing Mr Cramer to either absorb the costs or pass them onto consumers.

Said Mr Cramer: "We are not multinational and we are not multi-product. I'm competing with Apple, which sells in countries that don't necessarily have tariffs, and they have multiple product lines that aren't impacted. This hurts the little guy."

In recent years, scores of small hardware manufacturers have prospered despite competition from Apple and other tech giants. They have managed this feat in large part thanks to cheap manufacturing in China. But because they are small, they typically have thinner margins than their larger rivals and are the first to feel the pain of the trade war between the US and China.

The pain also could spread to medium-size hardware companies such as Sonos, which manufactures its speakers in China and warned that the tariffs could crimp sales when it filed to go public this month.

Ultimately, even Apple, Amazon.com and Google could be affected.

Ms Sage Chandler, the Consumer Technology Association's vice-president of international trade, said the tariffs are written so broadly that they could include any product connected to the Web, from video streaming sticks to voice-activated digital assistants.

The big guys are probably immune for now. Apple, Bose and Sony have the option of using other products or services to offset rising costs and avoid raising prices on their hardware.

JLab Audio does not have that luxury and could be forced to stop selling products that are no longer competitively priced.

If, on the other hand, big players opt to pass the costs onto stores, sales for the whole category could slow.

"We are more cautious with our long-term plans than we would be if there was stability," Mr Cramer said. "We are rethinking plans, especially in our speaker business. If the 10 per cent tariffs go into effect, we could be costed out of the market."

The new tariff list also includes a massive number of parts that go into hardware devices, such as glass, wires, cables, semi-conductors, chargers, power adapters and surge protectors. It will take significant time and resources for companies, especially smaller ones, to figure out what exactly the impact will be, Ms Chandler said.

Mr Trump has pledged to ease regulation, but the tariffs add a breaucratic layer.

"One of the problems is the pure time and effort it takes to educate these small companies on what exactly is happening, because the big companies have government affairs, customs people and trade experts on staff," Ms Chandler said. "These tariffs become a tax on US businesses."

About half of the goods targeted in the first round of tariffs that went into effect on July 6 fall in the consumer electronics sector, according to the Consumer Technology Association. Included in those tariffs are battery packs, capacitors, navigation devices, Internet-connected LED lights and disk drives.

Proposed tariffs on another US$16 billion worth of products would impact startups making e-cigarettes, vaporisers and electric scooters.

Mr Robert Heiblim is the co-founder of BlueSalve Consulting and the president of Boulder International, which makes e-cigarettes. The company designs all of its products in the US and outsources manufacturing to China, which is the dominant supplier and assembler of vaporisers.

"Over the next month we'll determine if price raises are sustainable," Mr Heiblim said. "If they aren't, then we may have to make price cuts. Do we decide to not hire people we thought you needed? It's foolish to think this won't set us back." 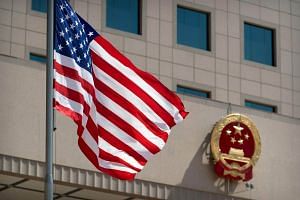 China invents a different way to run an economy

China sees confidence as key to riding out trade war

The first wave of tariffs could also hurt smarthome companies. One is HiberSense, a Pittsburgh-based outfit that makes an automated heating and cooling system that hit the market just last month after more than two years of development.

Mr Bob Fields, HiberSense's chief revenue officer, is proud to say that the majority of the system is manufactured in the US - but not the thermostat, which is made in China and subject to the tariffs.

Rather than passing the extra costs onto price-conscious consumers, HiberSense has decided to fast-forward its plans to design a new product that will be produced entirely in the US.

However, research and development will cost hundreds of thousands of dollars and take as much as a year or more, said Mr Fields. HiberSense has already spent capital buying up inventory of thermostats so it would not have to raise prices on the current mode.

"Instead of focusing on building my company and hiring new employees, I have to worry about protecting my company," Mr Fields said. "It's a diversion of resources, which doesn't make investors happy."

He added: "I'd rather be in control of our destiny rather than subject to the whims of politicians. What happens if things escalate?"

"If you had an idea on a piece of paper for a product, now you might not get started at all," he said.