As the race for the White House heats up, Republican presidential candidate Donald Trump is expected to announce his pick for vice-president on Friday (July 14) in New York.

Uncharacteristically keeping his cards close to his chest, Mr Trump told The Wall Street Journal on Tuesday he is looking for a "fighter skilled in hand-to-hand combat" as his second-in-command.

Here are the three front runners for the role.

Known for speaking off the cuff and spouting quirky ideas, including a human colony on the moon, the 73-year-old - seen as being the most similar to Mr Trump among the three rumoured VP candidates - brings decades of experience in handling Washington's political machinery. 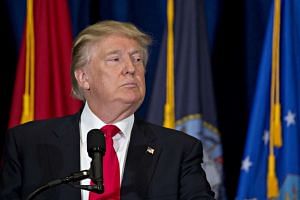 According to Time magazine, Mr Gingrich has "nothing to lose", with a VP campaign likely to boost his public profile, grow his social media following and allow him to be introduced to a new generation of conservatives.

Mr Trump's children are reportedly in favour of Mr Gingrich, viewing him as a reliably potent No. 2 for their father, with his feisty personality and self-styled intellectual manner.

Mr Gingrich's co-authoring of the Contract With America document was seen as a key factor behind the Republican's rise from a four-decade drought to the majority in 1994.

While he lacks Washington experience, Mr Christie's over-the-top personality is in sync with Mr Trump's, even as he fights off the Bridgegate scandal and low approval ratings in New Jersey.

Once a rival of Mr Trump, the 53-year-old has turned into one of his most trusted advisers, and is in need of a political step-up since term limits restrict his ability to seek a third term as governor next year.

Although Mr Trump has described Mr Christie as an "extraordinary warrior", one key family member does not seem to agree. CNN reported that the media mogul's son-in-law Jared Kushner opposes the idea of having Mr Christie on the ticket.

Mr Christie, when he was the US attorney of New Jersey, had prosecuted Mr Kushner's father Charles Kushner, for illegal campaign contributions, tax evasion and witness tampering in 2005.

A staunch conservative who would help to alleviate the fears of Republicans for Mr Trump's brash style, the 57-year-old brings with him more than a decade of experience in the House of Representatives, where he led the conservative Republican Study Committee. 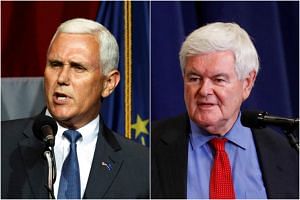 Known for his unflappable political ideology, Mr Pence signed a law in Indiana last year that would allow businesses to deny service to LGBT people for religious reasons, a law that led to backlash from the business and LGBT communities. He also threw his weight behind a law that added abortion restrictions in the state.

Mr Trump's senior staff are said to believe that Mr Pence would help unite the party and serve as a reliable and respectable deputy.

Mr Pence himself has a decision to make as he is barred by state law from running for re-election as governor and VP at the same time.