For decades, murky out-of-court settlements allowed powerful men from A-list celebrities to the board room to hush up affairs, workplace harassment or even alleged sexual abuse.

In exchange for often hefty sums of money, incidents were brushed under the carpet, the victim saved the indignity of being dragged through the courts and careers besmirched, and companies were shielded against frivolous claims and bad publicity.

Confidentiality agreements have also become a standard part of employment contracts, sometimes for non-controversial purposes, such as safeguarding company research or industrial secrets.

But on the downside, they offer repeat harassers the chance to do it again - look no further than sex scandals that ultimately brought down Hollywood mogul Harvey Weinstein, put comedian Bill Cosby in court and sacked Fox News host Bill O'Reilly.

The sexual harassment watershed sweeping America means accusers are increasingly empowered to speak up, essentially rendering any secrecy deal they signed meaningless, often feeling the weight of public opinion on their side.

While emphasising she was in no way a victim, Daniels detailed her sexual dalliance with Trump on national television despite the president's lawyer's claim that she is liable for US$20 million (S$26 million) for violating a US$130,000 NDA she signed days before his 2016 election. 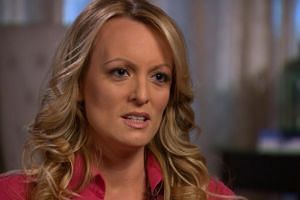 Lawyers say courts rarely enforce such punitive damages and that it's a legal grey area anyway because contract law varies from state to state.

"Stormy Daniels is a perfect example. She was paid and yet she's still speaking at great risk to potential liability to herself. It's just not being buried," says employment lawyer Lauren Topelsohn at the firm Mandelbaum Salsburg.

"I have a feeling that you're going to see courts taking a harder look at these agreements," she told AFP.

Last year, Zelda Perkins became the first Weinstein accuser to break her agreement by telling the Financial Times: "Unless somebody does this, there won't be a debate about how egregious these agreements are and the amount of duress that victims are put under."

In January, USA Gymnastics announced that Olympic champion McKayla Maroney will not be penalised for speaking about her abuse at the hands of former team doctor, Larry Nasser, following outrage over US$1.25 million gag order.

Fifteen years ago, US courts began rebelling against the confidential nature of agreements in the Catholic Church abuse scandal.

But in the last six months, Weinstein's use of NDAs has switched the spotlight back on whether these agreements do more to enable predators than protect victims.

The #MeToo movement that has arisen from the accusations of 100 women against Weinstein spanning four decades has seen California, New York and Pennsylvania consider prohibiting employers from including NDAs in the settlement of sexual harassment claims.

In filing for bankruptcy, The Weinstein Company last week cancelled NDAs that it admitted the mogul had used "as a secret weapon to silence his accusers."

"No one should be afraid to speak out or be coerced to stay quiet. The company thanks the courageous individuals who have already come forward. Your voices have inspired a movement for change," it said March 19.

New York's state attorney general, who sued the studio for failing to protect employees from abuse, welcomed the move as "a watershed moment for efforts to address the corrosive effects of sexual misconduct in the workplace." While firms once thought it was in their best interest to hush up alleged misdemeanors, many now see transparency as better publicity.

"Companies are making decisions not to protect executives the way they used to," said Topelsohn. "Since this movement started, over the last six months, I've seen executives being terminated more swiftly than ever," she added.

In December 2017, the law changed preventing companies from getting a federal tax break for paying someone off. Hush provisions related to sexual harassment or abuse are now exempt from being federally tax deductible.

But neither are they going away, anytime soon, at least in non-harassment cases.

"I don't think there'll be dramatic change in the near future," says Frank Bress, a professor at New York Law School.

"There has been criticism about them for a long time... They are needed extensively in business, and for the most part they are enforceable agreements."