WASHINGTON, July 14, 2015 (AFP) - On Tuesday, a Nasa spacecraft will become the first to fly past Pluto, and will send back images in unprecedented detail.

Here are some key facts about Pluto:

1. Pluto was discovered in 1930 by American astronomer Clyde Tombaugh.

3. Pluto has 500 times less mass than the Earth. It is a rocky body that contains ice made of methane and frozen water. 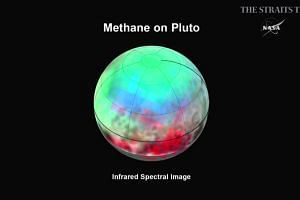 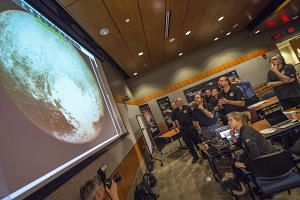 5. It has five moons, the largest of which is the size of Texas and is named Charon.

6. Pluto was initially considered the furthest planet in our solar system, after Neptune.

7. The International Astronomical Union (IAU) retracted Pluto's planet status in 2006 and reclassified it as a dwarf planet, leaving the solar system with just eight planets.

8. The reason for Pluto's change in status was the small celestial body had not "cleared the neighbourhood around its orbit," the IAU said. However, some planetary scientists still consider Pluto a planet.

For more new discoveries about Pluto and its moon Charon, go to Nasa's website.