WASHINGTON (AFP) - Seattle has become the first major US city to ban plastic straws and utensils in its eateries, a victory for environmentalists that will be tough to replicate elsewhere in the United States.

After targeting plastic bags, environmentalists have set their sights on plastic drinking straws as a public enemy, highlighting the gap between their brief moment of utility and the enduring impact they have on marine creatures, which often ingest discarded plastic.

A video of a turtle visibly in pain and bleeding with a plastic straw stuck in its nose went viral in 2015.

With 725,000 residents, Seattle, which sits off Puget Sound in the Pacific Northwest, is the largest US city so far to have banned plastic straws, a move hitherto only a few coastal resorts - such as Malibu last month - have dared to take.

The city's politicians adopted the ban in 2008, but gave restaurant owners years to find alternatives to plastic straws and cutlery, including compostable items. As of July 1, every infraction of the new ban will cost restaurants owners US$250 (S$340).

Even if consumers can be persuaded not to just throw the straws away, they are generally too narrow to be recyclable, and fall between the screens of recycling facilities.

They wind up in landfills. Rain and wind may then carry them into waterways and ultimately to the sea.

While still in its early stages, there is a global push under way to ban straws.

Sea Turtle with Straw up its Nostril - "NO" TO PLASTIC STRAWS

The European Commission has proposed banning single-use plastics such as plates, utensils, cotton swabs and of course straws, but it will take several years before all member states put it into effect. Britain wants to take action as soon as this year.

The United States is still far from a universal ban, aside from those in the progressive bastions on the West Coast.

In Hawaii, whose beaches drive its thriving tourism sector, a Bill to ban straws failed in the face of resistance from the restaurant and retail industries.

California is currently debating a less dramatic Bill that would forbid restaurants from offering straws unless specifically requested by customers, while New York's mayor has voiced his opposition to straws even if no law has yet been adopted. 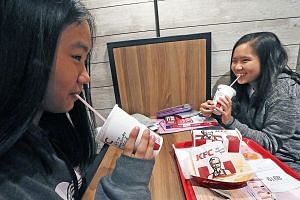 KFC to go straw-free, cut use of plastic lids 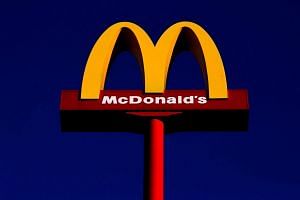 The battle over plastic bags, which has been waged for more than a decade, shows the challenges ahead for banning straws.

Today, California and Hawaii are the only two out of 50 US states to have banned plastic bags. Some cities, including the US capital Washington and Portland, Maine, make stores charge customers five cents or more per bag.

On the hand, a dozen states have laws that actually ban cities from banning them.

In Texas, the Democrat-dominated city of Austin and others have seen their efforts to ban local shops from issuing disposable plastic bags overruled by the state's Supreme Court, with the backing of the attorney general, a Republican.

Plastic bag manufacturers are urging a flexible approach, rather than outright bans. "If you don't need a straw, don't take one," is the slogan of the American Chemistry Council.

The National Restaurant Association has said that in some situations - such as when driving, or for people with physical impairments or small children - the use of straws can be beneficial.

Ocean Conservancy director Nick Mallos told AFP that there are "low hanging fruit," such as "voluntary policies where restaurants are only distributing straws upon request." Alaska Airlines has announced it will replace its plastic stir straws with small birch wood sticks. And McDonald's is studying ways of replacing plastics with biodegradable materials.

But in the final analysis, the vast majority of plastic pollution in the oceans comes not from places like Seattle, where waste disposal is quite effective, but from developing countries, mainly in Asia, whose waste management systems are simply overwhelmed.

A staggering 90 per cent of plastic found in the world's oceans comes from just 10 rivers, eight of them in Asia and two in Africa, according to 2017 research by the Helmholtz Center for Scientific Research in Germany.

"If you want to have the biggest impact in the shortest amount of time, the best thing to do would be to help those countries collect their waste and have proper waste management," said Kara Lavender Law, a professor of research oceanography at the Sea Education Association.

"We need to think about how we're using these materials, which are designed not to biodegrade," she said. "They're designed to function for a very long time."