(NYTIMES) - Alexander Kogan, the academic who was hired by Cambridge Analytica to harvest information from tens of millions of Facebook profiles, defended his role in the data collection Sunday, saying he was upfront about how the information would be used and that he "never heard a word" of objection from Facebook.

Yet Kogan, 28, a psychology professor who has found himself cast as the villain by both Cambridge Analytica and Facebook, expressed regret for his role in the data mining, which took place in 2014.

"Back then, we thought it was fine. Right now my opinion has really been changed," he said.

"I think that the core idea we had - that everybody knows, and nobody cares - was wrong," Kogan added. "For that, I am sincerely sorry."

Since the full scope of Cambridge Analytica's data collection was revealed last month by The New York Times, both Facebook and Cambridge, a political data firm, have been under intense scrutiny and eager to shift the blame to Kogan.

They have said that he misled them about how the information was being collected and what it was being used for. Facebook has even banned Kogan from the social network and deleted his profile.

But in his first extensive interview since the report in The Times, Kogan insisted that he was upfront about the Facebook app used to harvest the data, and that no one seemed to care. 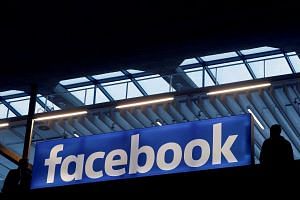 Aleksandr Kogan: The psychologist at the centre of Facebook's data scandal

"The belief in Silicon Valley and certainly our belief at that point was that the general public must be aware that their data is being sold and shared and used to advertise to them," Kogan said in an interview with "60 Minutes" Sunday.

Founded by Stephen Bannon and Robert Mercer, a wealthy Republican donor, Cambridge Analytica rose to prominence for its work with President Donald Trump's campaign in the 2016 election.

The company claimed it had developed analytical tools that could identify the personalities of US voters and influence their behavior - and that Facebook data had been used to help create so-called psychographic modeling techniques.

Cambridge Analytica has since insisted that the Facebook data was not used in its work in the 2016 campaign.