WASHINGTON (AFP) - US Secretary of State Mike Pompeo has barred US embassies from flying the rainbow flag of the gay pride movement on flagpoles, the State Department confirmed Monday (June 10) after criticism.

Mr Pompeo, an evangelical Christian, has said that he defines marriage as a union between a man and a woman but has also said he respects employees regardless of sexual orientation.

"The secretary has the position that, as it relates to the flagpole, that only the American flag should be flown there," State Department spokeswoman Morgan Ortagus told reporters.

But she said that US diplomats overseas were free to display rainbows flags elsewhere at embassies in June - Pride Month, with this year marking the 50th anniversary of New York's Stonewall uprising that sparked the modern gay rights movement.

"Pride month, that we're in right now, was celebrated around the world by many State Department employees," she said.

The previous administration of president Barack Obama, an advocate of gay rights equality, let US embassies fly the pride flag with no questions asked and even lit up the White House in the rainbow colors when the Supreme Court legalised same-sex marriage nationwide in 2015. 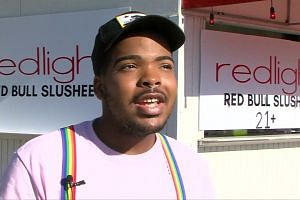 US embassies still hoisting rainbow flags, despite advisory from Washington

"At a time when LGBTQ+ communities around the world face persecution, this Trump @StateDept decision is a blatant attack on LGBTI rights," said Senator Ed Markey, a Democrat from Massachusetts.

"As we celebrate Pride Month, this decision must be reversed. I am demanding the Trump admin explain this hate," he tweeted.

Mr Chad Griffin, head of the Human Rights Campaign, the lead US gay rights group, said that the flag order "sends a chilling message not only to LGBTQ people in this country, but around the globe."

A number of US embassies have already highlighted their celebrations of Pride Month.

The US embassy in New Delhi was lit up in the rainbow colors as a sign of solidarity in a country where the Supreme Court last year overturned a colonial-era ban on gay sex.

One of the most prominent gay members of President Donald Trump's administration is Mr Richard Grenell, the US ambassador to Germany.

A former commentator on Fox News, Mr Grenell said he enjoyed the support of Mr Trump and Vice-President Mike Pence, another evangelical, for a US-led campaign to end persecution of gay people - an initiative that notably criticises US arch-rival Iran.