The parents, David Allen Turpin, 57, and his wife Louise Anna Turpin, 49, were arrested on January 14 at their home in Perris, southeast of Los Angeles, and face charges that include torture and child abuse.

The couple allegedly kept their 13 children in locked rooms or chains, allowing them to shower no more than once a year.

"I can only speak to those (adoption) offers we are hearing about and many of those include offers to take in all 13 victims," said Kimberly Trone with the county Children's Services Division.

She emphasized however that "there is still much to be determined," and that the final decision on adoption will made in court.

Trone would not comment on where the children were staying, or on their health conditions.

Judge Emma Smith on Wednesday signed an order, which expires in 2021, banning the Turpins from any contact with their children except through their attorney. 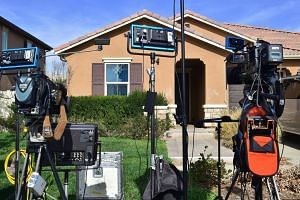 Sheriff deputies arrested the Turpins after receiving an emergency call from a 17-year-old victim who managed to escape.

The rescued siblings were between the ages of two and 29 years old.Prosecutors said the children were all subjected to "prolonged abuse" which included beatings and choking, and allowing them to shower no more than once a year.

Flowers, balloons shaped as hearts, stuffed animals and messages offering support were left outside the Perris home in the following days.

One message was from a person named Leslie, a 38 year-old woman who declined to give her last name.

"We hope God helps them," said Leslie, who said she lives in a nearby community.

The Turpins face 12 counts of torture, 12 of false imprisonment, six of child abuse and six of abuse of a dependent adult.

David Turpin was also charged with committing a lewd act against his 14 year-old daughter.

If convicted of all charges they face between 94 years and life in prison.

The couple pleaded not guilty in court on Jan 18. 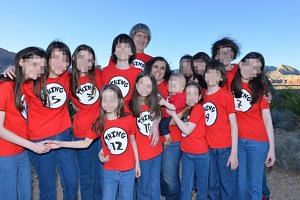 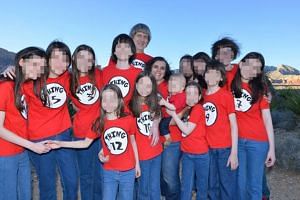 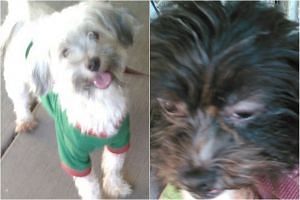 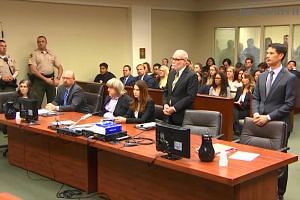 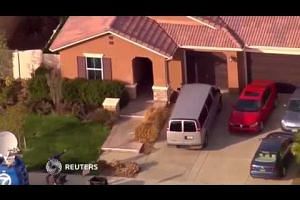 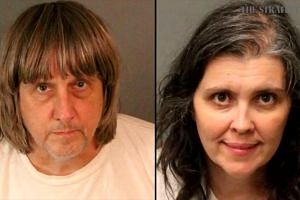