WASHINGTON (WASHINGTON POST) - Sleeping in on a day off feels marvellous, especially for those of us who don't get nearly enough rest during the workweek. But are the extra weekend winks worth it?

It's a question that psychologist Torbjorn Akerstedt, director of the Stress Research Institute at Stockholm University, and his colleagues tried to answer in a study published onWednesday (May 23) in the Journal of Sleep Research.

Dr Akerstedt and his colleagues tracked more than 38,000 people in Sweden over 13 years, with a focus on their weekend versus weekday sleeping habits. This peek at weekend slumber fills in an "overlooked" gap in sleep science, Dr Akerstedt said.

Previous sleep studies asked people to count their hours of sleep for an average night, without distinguishing between workdays and days off. Not in the new study. People under the age of 65 who slept for five hours or less every night, all week, did not live as long as those who consistently slept seven hours a night.

"It seems that weekend compensation is good" for the sleep-needy, Dr Akerstedt said, though he cautioned that this was a "tentative conclusion" of this new research.

Epidemiologists who spoke with The Washington Post described the result as a plausible finding, if not a statistically robust one, that deserves more investigation.

Dr Michael Grandner, director of the Sleep and Health Research Program at the University of Arizona's College of Medicine, who was not involved with this work, warned that sleep is not like a financial transaction. We can't deposit zzzs over the weekend and expect to cash them out later.

A superior metaphor, he said, is a diet. For the sleep-deprived, sleeping in on a weekend is like eating a salad after a series of hamburger dinners - healthier, sure, but from "one perspective the damage is done".

In September 1997, thousands and thousands of Swedes filled out 36-page health questionnaires as part of a fundraiser for the Swedish Cancer Society.

The study's authors followed 38,015 survey participants over 13 years to track their mortality rates. 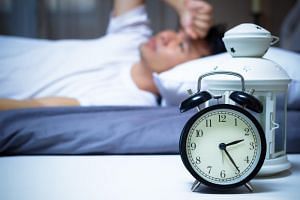 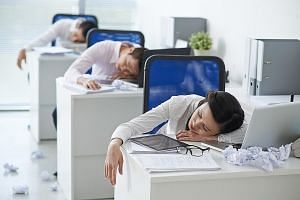 Get your sleep facts right

The researchers tried to account for the usual gremlins that influence sleep: alcohol consumption, coffee intake, naps, smoking, shift work and similar factors, and used statistical methods to control for their effect.

"The only thing that we don't have control over is latent disease," Dr Akerstedt said, meaning diseases that went undetected in a person's life.

Diane Lauderdale, an epidemiology professor at the University of Chicago, pointed out that even by 1997 Swedish standards, this group was not representative of most people. Fewer than average were smokers, for instance (people who regularly smoke might not be as eager to participate in a cancer society event, she said).

Epidemiologist and cardiovascular doctor Franco Cappuccio at the University of Warwick in England, also not a member of the research team, said that the study "looks good" but that the authors missed a trick: "a full explanation of the possibility of daytime napping".

The researchers only asked if people took daily naps, but did not quantify nap length.

"Therefore the adjustments may not be effective," Dr Cappuccio said.

Dr Akerstedt and his colleagues grouped the 38,000 Swedes by self-reports of sleep duration.

Short sleepers slept for less than five hours per night. Medium sleepers slept the typical seven hours. Long sleepers, per the new study, snoozed for nine or more hours. (The "consensus recommendation", per the American Academy of Sleep Medicine and Sleep Research Society, is seven-plus hours a night for adults ages 18 to 60.)

The short-medium sleepers, on the other hand, slept less than five hours on weeknights but seven or eight hours on days off. Their mortality rates were not different from the average.

Differences between weekend and weekday sleep were most pronounced at a young age.

People in their late teens and 20s slept on average for seven hours a night during the week but 8.5 hours on days off.

Those older than 65, the standard retirement age in Sweden, on average reported no difference in weekend sleep duration - they slept for just under seven hours every night, all seven days.

That finding was in line with previous reports, Dr Grandner said, that suggested as we age, we sleep less but our "satisfaction with sleep increases".

Why short-short sleepers as well as long-long sleepers had higher-than-average mortality rates is not fully understood.

This study was not an experiment, Dr Akerstedt emphasised, and these data cannot show that short or long sleep is responsible for higher mortality.

Oversleeping is probably not a cause of harm, Dr Akerstedt suspected, but a sign that something else is wrong.

The scientific jury is still out on why too much sleep is associated with an uptick in mortality rates.

This study relied on people to describe their own sleep habits, which can generate a "mish-mosh", in Dr Lauderdale's view, of "accurate and less accurate information".

Self-reporting is a "limitation but is not a fatal flaw", Dr Grandner said. It is otherwise impractical to accumulate data at such a scale.

To the authors' credit, he said, they were aware they did not have a fine brush, and accordingly painted a broad outline of sleep habits.

"It's a fuzzy picture that's true," he said.

Dr Grandner urged the overworked and underslept not to view sleep as time lost.

"We live in a society that considers sleep unproductive. What's more un-American than unproductive time?"

That's not a healthy approach - as our bodies are built to consume food and water, he pointed out, we are also built to sleep.