WASHINGTON (AFP) - The US military's secretive Cyber Command (CYBERCOM) is working to destroy the ISIS (Islamic State in Iraq Syria) group's Internet connections and leave the extremists in a state of "virtual isolation", Pentagon chiefs said on Thursday.

In what he described as the command's "first major combat operation", Defence Secretary Ashton Carter said CYBERCOM is playing an important role in the US-led military operation against the IS group in Iraq and Syria.

Carter's top military advisor General Joe Dunford, who is Chairman of the Joint Chiefs of Staff, said the goal was to cut off the extremists' lines of communication.

"The overall effect we're trying to achieve is virtual isolation. And this complements very much our physical actions on the ground, and the particular focus is external operations that might be conducted by ISIL," Dunford said. 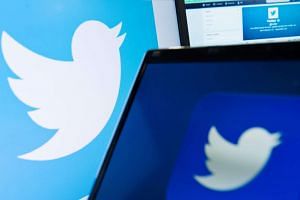 The two top Pentagon officials were grilled for nearly three hours in a hearing on America's progress in the campaign.

The United States launched an anti-ISIS international coalition in August 2014, after the extremists caught the West off guard and stormed vast bands of Iraq and Syria - slaughtering residents and local troops as they went, and then imposing harsh Islamic laws.

Lawmakers have repeatedly voiced frustration. About two years after their lightning assault, ISIS still controls the key cities of Raqa in Syria and Mosul in Iraq.

The committee chair, Republican Senator John McCain, said Carter's ideas to quicken the war's pace were "intellectually dishonest" because they did not include the option of creating a 100,000-strong ground force - comprising Sunni nations and Western troops - to recapture Mosul and Raqa.

"That would be a highly desirable circumstance to be in," Carter responded, adding that he had seen "no indication from those countries, despite a lot of effort, of a willingness to do that."

Carter and President Barack Obama have long insisted the only way to defeat the ISIS is by training and arming local fighters to do the job, saying the presence of US combat troops would fuel new calls for jihad.

To the consternation of ally Turkey, the United States is training Kurdish fighters in northern Syria, though officials say US-friendly Syrian Arabs will ultimately need to recapture Raqa because locals would not welcome a Kurdish liberating force.

CYBERCOM is charged with protecting America's military and some civilian networks from attacks. By 2018, it will have more than 6,000 military and civilian technical experts working across 133 teams.

One such team, comprising about 65 people, today works in the Middle East and carries out cyber operations against ISIS networks.