WASHINGTON (AFP) - Outgoing Secretary of State Rex Tillerson warned in his farewell remarks on Tuesday (March 13) that Washington must do more to respond to Russia's “troubling behaviour and actions”.

After he was sacked by President Donald Trump, Mr Tillerson also said US efforts to pressure North Korea had worked better than expected and revealed he would pass authority to his deputy at midnight.

The former oil executive said he would remain at the department until March 31 to conclude an administrative handover, but that Deputy Secretary John Sullivan would take charge.

Mr Tillerson did not address reports that he had only learnt of his sacking earlier that day when he read about it in Mr Trump’s tweet, but said he had since spoken to the president by telephone.

Among his last acts as secretary, as he flew back from Africa late on Monday, was to brief reporters on his “outrage” at Russia's alleged involvement in an attempted assassination using a nerve agent in Britain.

In his farewell remarks at a press briefing on Tuesday, Mr Tillerson returned to the theme.

“Much work remains to respond to the troubling behaviour and actions on the part of the Russian government,” he said, before turning to warn Russian President Vladimir Putin’s Kremlin not to overstep.

"Russia  must assess carefully as to how its actions are in the best interests of the Russian people and of the world more broadly," said Mr Tillerson.

“Continuing on their current trajectory is likely to lead to greater isolation on their part, a situation which is not in anyone’s interest.”

The departing secretary did not take issue with the decision, but suggested it was made possible by the hard work of his State Department and allies in building sanctions and diplomatic pressure.

He said this pressure campaign had “exceeded the expectations of almost everyone” and noted it was he who had declared on his first trip to Asia as secretary that the “era of strategic patience is over".

In his remarks, Mr Tillerson also encouraged his policy planning team, undersecretaries and assistant secretaries "to remain in their posts and continue in our mission at the State Department".

"They have been extraordinarily dedicated to our mission, which includes promoting values that I view as being very important: the safety and security of our State Department personnel; accountability, which means treating each other with honesty and integrity; and respect for one another," Mr Tillerson said.

He would be replaced by CIA director Mike Pompeo, who has forged a close relationship with Mr Trump and is viewed as being more in sync with the president's "America First" credo.

"I'll now return to private life, as a private citizen, as a proud American, proud of the opportunity I had to serve my country," Mr Tillerson said at the end of his remarks. He took no questions from the reporters who have packed the briefing room.

We reproduce Mr Tillerson's statement in full below:

Good afternoon, all. I received a call today (March 13) from the President of the United States a little after noontime from Air Force One, and I've also spoken to White House Chief of Staff Kelly to ensure we have clarity as to the days ahead. What is most important is to ensure an orderly and smooth transition during a time that the country continues to face significant policy and national security challenges.

As such, effective at the end of the day, I'm delegating all responsibilities of the office of the Secretary to Deputy Secretary of State Sullivan. My commission as Secretary of State will terminate at midnight, March the 31st. Between now and then, I will address a few administrative matters related to my departure and work towards a smooth and orderly transition for Secretary of State-Designate Mike Pompeo.

I'm encouraging my policy planning team and under secretaries and assistant secretaries - those confirmed as well as those in acting positions - to remain at their post and continue our mission at the State Department in working with the inter-agency process. I will be meeting members of my front office team and policy planning later today to thank them for their service. They have been extraordinarily dedicated to our mission, which includes promoting values that I view as being very important: the safety and security of our State Department personnel; accountability, which means treating each other with honesty and integrity; and respect for one another, most recently in particular to address challenges of sexual harassment within the department.

I want to speak now to my State Department colleagues and to our inter-agency colleagues and partners at DOD and the Joint Chiefs of Staff most particularly. To my Foreign Service officers and Civil Service colleagues, we all took the same oath of office. Whether you're career, employee, or political appointee, we are all bound by that common commitment: to support and defend the constitution, to bear true faith and allegiance to the same, and to faithfully discharge the duties of our office.

As a State Department, we're bound together by that oath. We remain steadfast here in Washington and at posts across the world, many of whom are in danger pay situations without their families. The world needs selfless leaders like these, ready to work with longstanding allies, new emerging partners and allies, who now - many are struggling as democracies, and in some cases are dealing with human tragedy, crisis of natural disasters, literally crawling themselves out of those circumstances. These are experiences that no lecture hall in a academic environment or at a think tank can teach you. Only by people going to the front lines to serve can they develop this kind of talent.

To the men and women in uniform, I'm told for the first time in most people's memory, the Department of State and Department of Defence have a close working relationship where we all agree that US leadership starts with diplomacy. The men and women in uniform at the Department of Defence, under the leadership of Secretary Mattis and General Dunford, protect us as Americans and our way of life daily, at home and abroad. As an all-volunteer military, they do it for love of country, they do it for you, and they do it for me, and for no other reason. As Americans, we are all eternally grateful to each of them, and we honour their sacrifices.

The rewarding part of having leadership and partnerships in place is that you can actually get some things done. And I want to give recognition to the State Department and our partners for a few of their accomplishments under this administration.

First, working with allies, we exceeded the expectations of almost everyone with the DPRK (North Korea) maximum pressure campaign. With the announcement on my very first trip as Secretary of State to the region that the era of strategic patience was over, and we commenced the steps to dramatically increase not just the scope but the effectiveness of the sanctions.

The department undertook a global campaign to bring partners and allies on board in every country around the world, with every embassy and mission raising this to the highest levels. And at every meeting I've had throughout the year, this has been on the agenda to discuss.

The adoption of the South Asia strategy with a conditions-based military plan is the tool to compel the Taliban to reconciliation and peace talks with the Afghan Government.

Finally equipped are military planners with a strategy which they can execute as opposed to a succession of 16 one-year strategies. This clear military commitment attracted the support of allies broadly and equipped our diplomats with a whole new level of certainty around how to prepare for the peace talks and achieve the final objectives.

In other areas, while progress has been made, much work remains. In Syria, we did achieve important ceasefires and stabilisations, which we know has saved thousands of lives. There's more to be done in Syria, particularly with respect to achieving the peace, as well as stabilising Iraq and seeing a healthy government installed, and more broadly in the entire global campaign to defeat ISIS. Nothing is possible without allies and partners, though.

Much work remains to establish a clear view of the nature of our future relationship with China. How shall we deal with one another over the next 50 years and ensure a period of prosperity for all of our peoples, free of conflict between two very powerful nations?

And much work remains to respond to the troubling behaviour and actions on the part of the Russian Government. Russia must assess carefully as to how its actions are in the best interest of the Russian people and of the world more broadly. Continuing on their current trajectory is likely to lead to greater isolation on their part, a situation which is not in anyone's interest.

So to my colleagues in the State Department and in the inter-agency, much remains to be done to achieve our mission on behalf of the American people with allies and with partners. I close by thanking all for the privilege of serving beside you for the last 14 months. Importantly, to the 300-plus million Americans, thank you for your devotion to a free and open society, to acts of kindness towards one another, to honesty, and the quiet hard work that you do every day to support this government with your tax dollars.

All of us, we know, want to leave this place as a better place for the next generation. I'll now return to private life as a private citizen, as a proud American, proud of the opportunity I've had to serve my country. God bless all of you. God bless the American people. God bless America. 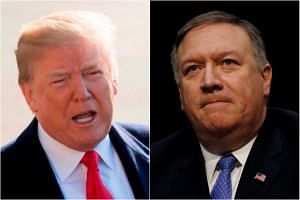 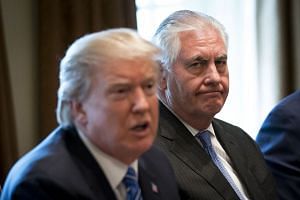 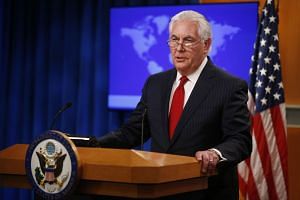 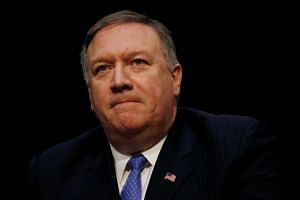 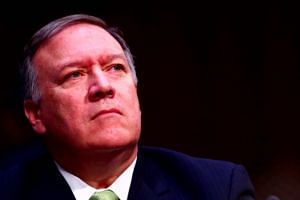 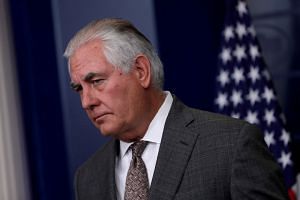