WASHINGTON (NYTIMES) - Of all the obstacles to the potential summit meeting between President Donald Trump and North Korea's leader, Mr Kim Jong Un, just getting there could prove the most turbulent.

As officials scramble to convene the hastily announced and once-unthinkable meeting in the coming weeks, the site itself remains an open question. It is unclear whether Mr Kim's fleet of Soviet-era planes can fly him more than a few thousand kilometres from North Korea.

"We know he has a plane, but it's an old plane," said Dr Sue Mi Terry, a former CIA analyst and National Security Council aide who worked on Korea issues.

"No one really knows if it works."

Since taking power in 2011, Mr Kim is not known to have flown outside his country, and the question of his transportation adds a layer of political complications to a fraught and uncertain summit meeting.

Sitting leaders of the two countries have never met.

Could Mr Kim borrow a plane? Perhaps, but not without a significant dent to his well-established hubris. 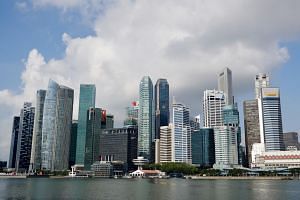 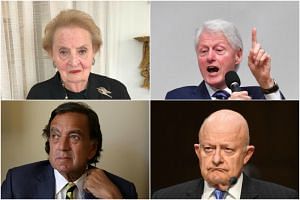 A history of notable American visitors to North Korea

Could the meeting be held close enough for him to take a train, as he did last month in a secretive visit to China? In theory, though viable options are few.

Could Mr Trump instead travel to Pyongyang, the North Korean capital, thus nullifying the issue? He is almost certainly unwilling to stomach the appearance of showing deference to Mr Kim.

"It's really hard if you only have a 2,000-mile radius," said Mr David H. Rank, who previously served as the acting US ambassador to China.

A senior US official told NBC News on Wednesday that a number of locations had already been ruled out, including Pyongyang, Beijing and Mongolia, all of which raised security concerns.

US officials are instead pushing for a more neutral location, preferably in Europe, with Switzerland and Sweden among the top choices.

US officials have also ruled out Panmunjom, the site of the 1953 signing of the Korean War armistice.

Mr Trump said on Tuesday that his administration was exploring five locations ahead of the proposed summit, which is on track to take place in late May or early June.

Here are some options being discussed:

In theory, a neutral location like Sweden or Switzerland would be ideal.

Both maintain diplomatic relations with the United States and North Korea and have signalled a willingness to facilitate the meeting.

Those locales have been the sites of some of the most significant diplomatic achievements in history - Geneva hosted the 1985 meeting between President Ronald Reagan and Soviet leader Mikhail S. Gorbachev. It could provide the dramatic backdrop that both leaders appear to crave.

But to get there, one needs a plane.

With the expected range of Mr Kim's planes, a trip to Hawaii or Guam, the closest US territory to North Korea, would almost certainly require a refuelling stop or a borrowed plane. Korea experts call that an indignity that Mr Kim would not accept.

"I have trouble believing they would do that. It would be embarrassing," said Mr Joel S. Wit, a senior fellow at the US-Korea Institute at Johns Hopkins University.

"They've got to borrow an airplane? I mean, what does that look like?"

A venue in Asia might be the easiest compromise. It frees Mr Kim from the political headache of travelling by plane and keeps Mr Trump away from North Korea. The options are limited if he wants to maintain his own political capital, though.

Vietnam and Singapore are being considered rather than more obvious choices like China or Japan.

China is politically problematic because of the rocky relationship between Mr Trump and Beijing. Seeking Chinese help in arranging such a historic event would do little to polish the Americans' credibility, and Mr Kim's own relations with the Chinese are tenuous at best.

"The politics of doing this kind of summit under the protective wing of the Chinese just strikes me as pretty implausible," Mr Rank said.

Japan is not an option given its long-standing historical tensions with North Korea.

Russia presents a similar problem to China; amid tensions with the Kremlin, Mr Trump would be ill-served in relying on Russia to host what could be a crowning diplomatic achievement.