WASHINGTON (BERNAMA) - How to deal with North Korea will be "the most important conversation" when US President Donald Trump holds talks with Chinese President Xi Jinping later this week, South Korea's Yonhap news agency quoting US Ambassador to the United Nations Nikki Haley as saying on Sunday (April 2).

"When Secretary (Rex) Tillerson went to Beijing, that was a way of putting pressure. You're going to see President Trump meet with President Xi, and a lot of conversation and the most important conversation will be how we're going to be dealing with the non-proliferation of North Korea," she said.

Trump is scheduled to hold his first summit with Xi on Thursday and Friday US time.

China is North Korea's last-remaining major ally and a key provider of food and fuel supplies. But it has been reluctant to use its influence over Pyongyang for fears that pushing the regime too hard could result in instability in the North and hurt Chinese national interests. 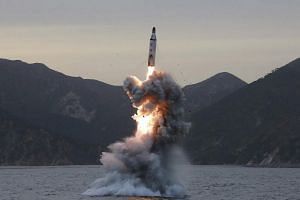 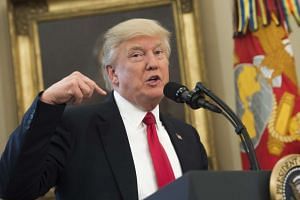 Trump has made it a key priority of his administration to pressure China to exercise more leverage. He has said that the Chinese can solve the problem "very easily if they want to."

Asked what the US would do if China does not cooperate, Haley said: "Oh, no, China has to cooperate. This is now down to, 'Do we want to continue to see these ballistic missile attacks from North Korea or does China want to do something about it?'"

The envoy said the US will keep increasing pressure on Beijing.

"But what we are going to do is say China, you know that you're the only one that's doing this. We appreciate that you stopped coal going into North Korea, but we know it's going in other ways."

Former US Defence Secretary Ash Carter said, however, that he's not optimistic about getting Chinese cooperation now, noting that decades of US efforts to persuade China to rein in North Korea have not worked.

"They haven't used that influence, and so it's hard for me to be optimistic with that," he said on the same program.

"Because I am rather pessimistic that they will take that course, I think we need to stand strong with deterrence and defence there."

Carter said the US should not take any option off the table, including military strikes, but caution should be exercised before choosing a military option.

"It's quite possible that they would, as a consequence of that, launch an attempted invasion of South Korea. As I said, I'm confident of the outcome of that war, which would be the defeat of North Korea," Carter said.

"I need to caution you," he said. "This is a war that would have an intensity of violence associated with it that we haven't seen since the last Korean War. Seoul is right there on the borders of the DMZ, so even though the outcome is certain, it is a very destructive war."