NEW YORK (NYTIMES) - The long quest for a medication that works to treat Alzheimer's reached a potentially promising milestone on Wednesday (July 25).

For the first time in a large clinical trial, a drug was able to both reduce the plaques in the brains of patients and slow the progression of dementia.

More extensive trials will be needed to know if the drug is truly effective. Other drugs have shown early promise only to disappoint in larger studies.

But if the results, presented Wednesday at the Alzheimer's Association International Conference in Chicago, are borne out, the drug may be the first to successfully attack both the brain changes and the symptoms of Alzheimer's.

"This trial shows you can both clear plaque and change cognition," said Dr Reisa Sperling, director of the Centre for Alzheimer Research and Treatment at Brigham and Women's Hospital in Boston, who was not involved in the study.

"I don't know that we've hit a home run yet. It's important not to over-conclude on the data. But as a proof of concept, I feel like this is very encouraging."

Aside from a couple of medications that can slow memory decline for a few months, there is no effective treatment for Alzheimer's, which affects about 44 million people worldwide, including 5.5 million Americans. It is estimated that those numbers will triple by 2050. 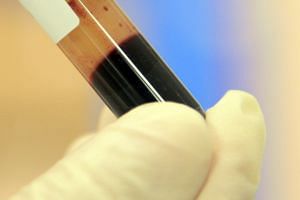 The trial involved 856 patients from the United States, Europe and Japan with early symptoms of cognitive decline.

They were diagnosed with mild cognitive impairment or mild Alzheimer's dementia, and all had significant accumulations of the amyloid protein that clumps into plaques in people with the disease, said Dr Lynn Kramer, chief medical officer of Eisai, a Japan-based company that developed the drug, known as BAN2401, along with Biogen, based in Cambridge, Massachusetts.

In the data presented on Wednesday, the highest of the five doses of the new drug - an injection every two weeks of 10 milligrams per kilogram of a patient's weight - both reduced amyloid levels and slowed cognitive decline when compared with patients who received a placebo.