WASHINGTON (AFP) - A new study released by the US Centres for Disease Control and Prevention (CDC) on Friday (Sept 17) is the latest to suggest the Moderna Covid-19 vaccine confers better long-term protection against hospitalisation than Pfizer.

CDC researchers conducted an analysis of nearly 3,689 adults who were hospitalized with severe Covid-19 from March 11 to Aug 15, 2021 - a period that precedes and includes the dominance of the Delta variant.

By contrast, Moderna fell from 93 per cent to 92 per cent when comparing the same two periods.

The study also included a separate analysis of the levels of different types of antibodies provoked by the vaccines, taken from 100 volunteers.

The Moderna vaccine elicited higher levels of antibodies compared to Pfizer and J&J for a key part of the virus' spike protein, which it uses to invade cells.

There is accumulating research suggesting the Moderna vaccine's superiority over the Pfizer vaccine, including a previous CDC studies released last week.

The reasons aren't fully clear, but it could be because the dosage levels are higher - 100 micrograms against 30.

It could also be tied to the dosing interval, with the Pfizer shots given three weeks apart versus Moderna, which are given four weeks apart.

The Food and Drug Administration was holding a meeting of leading independent experts on Friday to weigh the question of giving third doses of Pfizer to the general population, not just immune compromised people. 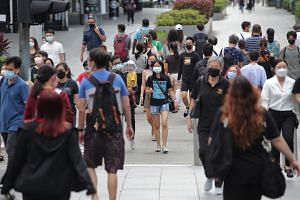 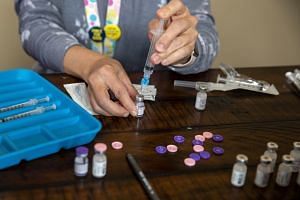