CHICAGO (AFP) - A manhunt in Texas ended on Friday (Aug 3) with the suicide of the suspect accused of killing the former doctor of ex-US president George H.W. Bush.

Mark Hausknecht was killed in broad daylight two weeks ago, while riding his bicycle to work.

The 65-year-old cardiologist at Houston's Methodist Hospital treated the former president in 2000 and was considered a preeminent doctor.

Police found the body of their chief suspect, 62-year-old Joseph James Pappas - an ex-law enforcement officer believed to have been nursing a grudge against the slain doctor.

Police said it was the only connection they could find between the two men.

Pappas killed himself after police responded to an eyewitness sighting of him near the Houston neighbourhood where he lived. 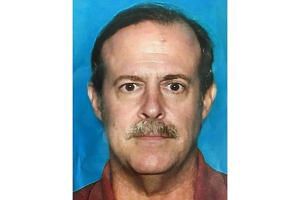 "He committed suicide when he was confronted by two members of the Houston Police Department," Police Chief Art Acevedo told a news conference.

Based on surveillance images, police believe Pappas was on a bicycle just behind Hausknecht on the morning of July 20.

The former cop then surpassed the doctor on the road, turned and fired two shots, according to authorities.

Police issued an arrest warrant and charged Pappas with murder, and asked for the public's help to find him, expressing concern that he had displayed marksman-like skill in the killing, and remained armed and potentially suicidal.