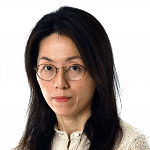 French-born American billionaire Alec Wildenstein had held the record for the most expensive divorce, until he was bumped by Amazon boss Jeff Bezos whose wife MacKenzie walked away with close to US$36 billion (S$48 billion) in shares.

Mr Wildenstein, an art dealer, parted ways with socialite Jocelyn Wildenstein in 1999 after 21 years of marriage, leaving her with an estimated US$3.8 billion, or US$5.8 billion after considering inflation.

Mr Wildenstein died in 2008 at the age of 67. Despite her fortune, the Swiss-born Jocelyn, now 78, dubbed the "Catwoman" for her feline-like features due to extensive plastic surgery, has reportedly went from billions to bust.

One of the wealthiest men in the world, the thrice-divorced media mogul was said to have settled his 1999 divorce with his second wife, Scottish writer Anna Murdoch Mann, for US$1.7 billion which is equivalent to US2.6 billion today.

They had been married for 31 years and share three children.

The 88-year-old Australian-born American, who founded mass media group News Corp and owns many newspapers and television networks, including The Wall Street Journal and Fox News, is believed to have a net worth of US$19 billion as of March 2019, according to Bloomberg estimate.

One of the richest men in Britain, Formula One executive Bernie Ecclestone, 88, allegedly settled his divorce with Croatian model Slavica Radic in 2009 for US$$1.2 billion, but apparently there was a twist - she was the one paying.

Details of the divorce appeared in a 256-page indictment for a bribery case involving Mr Ecclestone, stating that Ms Radic, 60, had been paying Mr Ecclestone US$100 million a year from her trust fund since the divorce, The Telegraph reported in 2014. The duration of the payments was not known, according to the indictment.

The 77-year-old American entrepreneur was twice married and twice divorced from Elaine Wynn, 76, with whom he co-founded Las Vegas-based casino and hotel operators Mirage Resorts and Wynn Resorts.

The power couple were last divorced in 2010, when they split amicably after reaching an agreement to evenly divide their stake in Wynn Resorts. But it was not a rosy picture in the boardroom which saw Ms Wynn being ousted from the board.

Although details were not disclosed, the settlement to end their second marriage was estimated at US$1 billion, or US$1.2 billion after adjusting for inflation.