WASHINGTON (WASHINGTON POST) - Shortly before their fatal voyage, the crew of the duck boat that sank last week in Missouri was told to head out on the water before taking their passengers on their road tour around the scenic Ozark Mountains, according to video and audio recordings retrieved from the vessel by federal investigators.

Within two minutes of that instruction by an individual who stepped briefly onto the boat, and as passengers were boarding, the Ride the Ducks captain "made a verbal reference to looking at the weather radar prior to the trip", according to timeline released by the National Transportation Safety Board.

Once the captain headed out onto Table Rock Lake, the vessel encountered a sudden change of weather. Soon after, a tone sounded on one of the vessel's key safety systems, known as a bilge alarm, according to the NTSB. Such systems are meant to provide warnings if water is coming into the vessel.

The captain flipped off the alarm, made a radio call that the NTSB said remains unintelligible on the recording, and then the alarm sounded again.

The NTSB, working with the Coast Guard, the National Weather Service, Missouri authorities and Ride the Ducks Branson, the tour operator, is continuing to investigate the cause of the accident on the amphibious DUKW "Stretch Boat 7", which killed one crew member and 16 passengers.

The video information, including time stamps, remains preliminary, and no cause has been determined, the agency said.

But the preliminary NTSB account raises new questions as investigators seek to figure out whether there were problems with the vehicle itself, with its maintenance, with the decision-making by company and crew, or with oversight of government officials.

A spokeswoman for Ripley Entertainment, which bought Ride the Ducks Branson last year, did not respond to questions, including on whether the video showed the tour operator was trying to beat the oncoming bad weather or had otherwise taken too many risks.

The duck boat industry uses a mix of replicas made within the past two decades and refurbished military vessels, including some from WWII. That lack of uniformity poses challenges for oversight, which is supposed to be overseen by the Coast Guard.

The replicas were meant to eliminate some of the safety problems that came when military vehicles were retrofitted for tourists. But questions have been raised about the rigour of their design and what such vessels can withstand. In Branson, the company says it was running replicas in its operations. 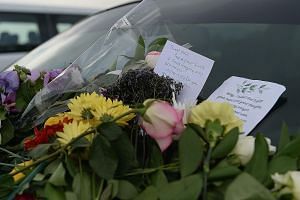 Duck boat to be raised as probe into tragedy starts

Missouri duck boat to be raised, most survivors leave hospital

'I don't know if there is a recovery from this', says woman who lost entire family in Missouri duck boat tragedy

At about 6.50pm, the captain briefed passengers on the location of the life jackets and life rings, according to the NTSB timeline.

At about 6:55, the captain told passengers they were about to enter the water, and then they did.

"The water appeared calm at this time," according to the NTSB.

For the next four minutes, the captain let four children sit in the driver's seat, "while he observed and assisted," according to the NTSB.

The Ride the Ducks website offers passengers a chance to drive the vessel.

"Join in on the fun as you quack along with the captain and dance to the music. When we are on the lake, drive the Duck, if you want," according to the site.

At 7pm, according to the NTSB, "whitecaps rapidly appeared on the water and winds increased."