WASHINGTON (AFP) - The United States will raise the ethanol content level in petrol that can be sold year round, President Donald Trump confirmed on Tuesday (Oct 09), delivering a win for farmers ahead of hotly contested mid-term elections.

The decision came down squarely on the side of agriculture in a long-running dispute with the oil industry, which has campaigned against allowing so-called E15, or fuel containing up to 15 per cent ethanol, to be sold during the summer months.

The sale of the higher ethanol content E15 is currently banned in the summer due to concerns about smog.

"Consumers will have more choices when they fill up at the pump, including environmentally friendly fuel with decreased emissions," he said in a statement. 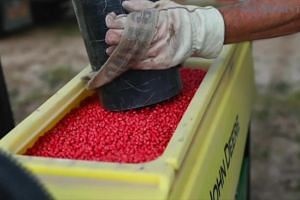 US farmers scramble to harvest crops as Hurricane Florence looms

Trump declares victory for farmers in trade spat with EU

Mr Trump's rally later was held in the town of Council Bluffs, located in an Iowa congressional district where his trade war - in which China has slapped painful tariffs on soybean exports - has left local farmers deeply uneasy.

Both Republican and Democratic congressional candidates in the district have criticised Mr Trump's trade policies. But Iowa is the largest US producer of ethanol, and farmers have long called for requiring higher levels in petrol.

US refineries currently either blend about 10 per cent plant-based ethanol into retail petrol or purchase credits from their rivals to meet regulatory obligations.

The American Petroleum Institute (API), the chief body of the US oil lobby, has run television ads claiming E15 can harm some petrol-powered engines - a position with bipartisan support in the US Senate.

In a statement issued after Mr Trump's announcement, the API said three-quarters of vehicles on the road weren't built to use E15, and it vowed "to aggressively pursue all available legal remedies".

At the same time, a White House official told reporters on Monday, Mr Trump would also move to stabilise prices on the market for credits that many refiners purchase to show they are blending in the required amount of ethanol - which could mollify some oil industry opposition.