WASHINGTON (WASHINGTON POST) - He told an emergency room physician he had a liking for raw fish - specifically, salmon sashimi.

It's what the 30-year-old man, from Fresno, California, suspected had landed him in the bathroom with stomach cramps and bloody diarrhoea.

But what he did not anticipate was the moment he spotted something hanging from his rear end, and he naturally assumed the worst.

"He was like, 'Oh my goodness, my guts are coming out from me,' " said Kenny Banh, the emergency physician at the University of California at San Francisco, in Fresno, who treated him.

Banh recounted what the man told him on the podcast "This Won't Hurt A Bit" earlier this month.

He gave it a pull, Banh said, and it kept coming.

It was a Monday in August 2017 when the man showed up in the emergency room of UCSF Fresno's Community Regional Medical Center clutching a plastic grocery bag and asking doctors to treat him for tapeworms - parasites that can invade the digestive tract of animals and humans.

Banh said he didn't think too much of it; he had heard patients express similar concerns about tapeworms in the past.

Inside, he said, was a cardboard toilet paper tube - with a tapeworm wrapped around it.

Banh said the worm was dead when he saw it but noted the man told him "it was alive when he pulled it out and it was wiggling in his hand".

Banh stretched it out on ER floor and measured it - all 5½ feet (1.6m) of it, he said in an interview on Friday (Jan 19) with The Washington Post.

"It got long enough that some of it was sneaking out of him," he said about the parasite.

Banh said it's not certain which species of tapeworm it was or how long it had been inside the patient. 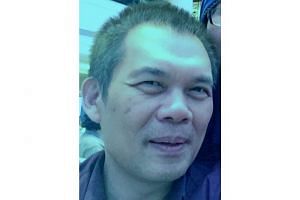 He said his patient was convinced he got the tapeworm from eating raw fish. Banh said given the fact that the man had not recently travelled or been drinking questionable water - and the fact that he said he ate sushi or sashimi almost daily - he is "almost positive" that the self-assessment is correct.

However, Banh said, there are risks with any type of food.

"You have to be aware," he said, explaining that the concern is not with the sushi or sashimi as such but with whether it is properly prepared.

The US Food and Drug Administration has released guidelines for controlling parasites that may live in seafood - by cooking the food or freezing it at certain temperatures for certain amounts of time.

That said, in January 2017, a study published in the Centres for Disease Control and Prevention's journal Emerging Infectious Diseases noted that wild salmon caught in Alaska's icy waters were found to be infected by a Japanese tapeworm known as Diphyllobothrium nihonkaiense.

As The Post's Ben Guarino reported at the time: "The researchers behind the study, tapeworm experts from the Czech Academy of Sciences and biologists at the Alaska Department of Fish and Game, concluded that "salmon from the American and Asian Pacific coasts and elsewhere pose potential dangers for persons who eat these fish raw".

They hunted for the tapeworm larva via microscope, and confirmed it was the Japanese species using a recently developed molecular technique.

"The fish species in the study involved several types of wild Alaskan salmon: chinook, coho, pink and sockeye salmon, as well as rainbow trout. They found a Japanese broad tapeworm burrowed in the muscles of a Pacific pink salmon, near the fish's spine."

Experts say Diphyllobothrium latum are among the most common - and largest - of the tapeworms that can take up residence in human bellies.

They can grow up to 30 feet, according to the CDC. In addition, the agency noted, they can live for years.

The CDC states that humans get Diphyllobothrium most often by eating uncooked or undercooked fish, such as salmon, that is infected with tapeworm larvae. Once inside the host, the larvae then grow.

The Post's Sarah Kaplan put it best: "The life of a tapeworm unfolds over three stages. First, their larvae, which dwell in some animals' muscle, are swallowed by another unsuspecting host. With hooks or suckers, they cling to the lining of the gut and get fat off nutrients predigested by the host as they develop.

"When it comes time to procreate, these hermaphroditic creatures make use of the full suite of male and female reproductive organs packed into their rear ends - they can self-fertilize or mate with another individual. Their eggs are swept out into the world via the host's bowel movements, then swallowed by another host, when the cycle begins again."

Janine Caira, a distinguished professor of ecology and evolutionary biology at the University of Connecticut, said: "It's not like every single piece of raw fish is infected." Although, she noted, every day a person eats it, he or she is increasing the odds of getting a parasite.

But aside from the sheer horror of it, tapeworms do not typically do much damage to their hosts.

Infections are usually asymptomatic, although they can cause abdominal pain, diarrhoea and vomiting, according to the CDC. And, doctors say, they are treated pretty easily with medication.

The patient was given medication to kill any other tapeworms, Banh said, but no others came out.

"He swore off sushi after this," Banh said, but predicted that eventually his patient will eat it again.