WASHINGTON (AFP) - President Donald Trump declared “gun free” schools a “magnet” for mass shooters on Thursday (Feb 22), as he doubled down on a deeply controversial proposal to arm teachers in US schools.

In a morning tweetstorm, Trump forcefully defended the proposal he floated a day earlier in a meeting with survivors of last week’s Parkland shooting – but which is strongly opposed by teachers’ unions, and numerous lawmakers from both camps.

“A ‘gun free’ school is a magnet for bad people. ATTACKS WOULD END!”

Trump insisted he was not advocating arming every American teacher, only those with “military or special training” – suggesting that would be around 20 percent of them, or around 700,000 educators.

The President, meanwhile, reiterated his support for the “great people” of the National Rifle Association, whose leader Wayne LaPierre lashed out on Thursday at the gun lobby’s critics, accusing them of a “shameful politicisation” of the deaths of 17 students and staff at Marjory Stoneman Douglas High School.

After a poignant exchange with Parkland survivors and bereaved parents, Trump was meeting Thursday with state and local officials including Christine Hunschofsky, the Democratic mayor of Parkland, to discuss ways to improve school safety.

But teachers’ unions were quick to condemn his proposal to arm educators, with the American Federation of Teachers claiming Trump was in favour of an “arms race” that would “turn schools into militarised fortresses”.

“Anyone who wants guns in schools has no understanding of what goes on inside them-or worse, doesn’t care,” the union’s president Randi Weingarten said.

Summing up the opposition of many lawmakers, Democratic Senator Richard Blumenthal called the idea of arming teachers “toxic lunacy" – an NRA-backed distraction from common sense action.

“Arming teachers is inane and insane – a sure path to reckless and panicky shooting, gun theft, and other deadly dangers. A non-starter in the Senate.” .

‘THEY HATE THE NRA'

He heard wrenching first-hand accounts from bereaved parents and friends, and schoolchildren who narrowly escaped with their own lives. 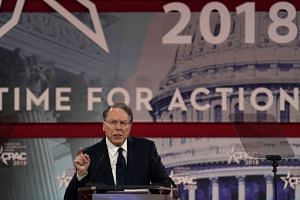 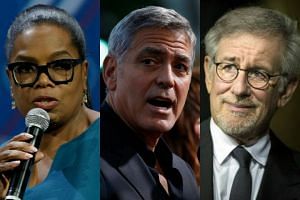 In a signal of the fine political line that Trump is trying to walk between his political supporters on the right and the majority of Americans who favour tighter controls, the 71-year-old President promised “very strong” background checks on gun owners, as well as a push to improve mental health care.

The US Congress has long been deadlocked on the gun debate, accomplishing nothing despite a spate of mass shootings and polls showing that Americans support stricter gun laws by a two-to-one margin.

According to a Gallup tracking poll, 60 per cent of Americans now favour tougher gun sale laws.

Trump also advocated raising the legal age for purchasing guns, as well as banning devices that clip on to the back end of a rifle and harness the gun’s recoil, essentially turning a semi-automatic weapon into an automatic one.

“Raise age to 21 and end sale of Bump Stocks! Congress is in a mood to finally do something on this issue – I hope!”

Currently under federal law, anyone 18 or over can buy a gun from a private, unlicensed seller, although a handful of states have set the minimum age at 21.

But the NRA hit back hard at any suggestion of raising the legal age for gun purchases in a statement issued after the White House meeting.

Delivering his first public comments on the Parkland shooting at a conservative conference near Washington, LaPierre accused gun control advocates within the Democratic Party of seeking to roll back the constitutional right to bear arms.

“The shameful politicization of tragedy, it’s a classic strategy right out of the playbook of a poisonous movement,” he said.

He also doubled down on the NRA’s longstanding position that armed Americans were the first line of defence in confronting deadly attacks.

Earlier, in a fired-up address, NRA spokeswoman Dana Loesch slammed the FBI for missing a series of warning signs ahead of the Florida shooting, while asserting that the mainstream media benefited from such tragedies.

“Many in legacy media love mass shootings” she told the crowd.

“Crying white mothers are ratings gold to you.”