SAN FRANCISCO (BLOOMBERG) - When Google's boss sits down with a top US military official on Wednesday (March 27), the conversation will likely centre on Google's presence in China - particularly a lab that may be more trouble for the company than it's worth.

Mr Sundar Pichai, chief executive officer of Alphabet Inc's Google, will meet in Washington DC with General Joseph Dunford, chairman of the Joint Chiefs of Staff, according to a person familiar with the situation.

The internet giant extended the invitation after criticism from Gen Dunford about Google's artificial intelligence work in China, which he said "indirectly benefits the Chinese military."

Gen Dunford cited an AI lab that Google opened in Beijing in late 2017. Less than two years later, the small office is causing a massive headache for Google, sitting at the locus of a collision between the company's global ambitions and the US military's mounting unease over China's technical might.

A spokesman for the Defence Department confirmed that Gen Dunford is scheduled to meet with a senior Google official this week, but declined to provide further details. Representatives from Google didn't respond to requests for comment.

Google will also brief staff of the Homeland Security Committee on Monday about the meeting with Gen Dunford, according to a spokesman for committee chairman Senator Ron Johnson.

The conflict is a risk to Google's cloud-computing business, which relies on the company's AI prowess and is a major source of future revenue growth outside of advertising. Both the Pentagon and China are huge potential buyers of internet-based services, a multibillion-dollar market. Google's chief rivals in the cloud business, Amazon.com Inc and Microsoft Corp, have aggressively courted both buyers. 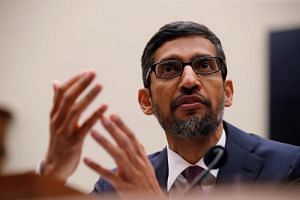 But Google hasn't. In the past year, the Mountain View, California-based company bowed out of an AI contract with the Pentagon while expanding its search for new businesses in China. Those simultaneous moves were met with fevered backlash in Washington.

Lawmakers grilled Google about its plans in China, and the Pentagon, concerned about China's national investment in AI technology, has launched a public campaign to shame the company.

A week ago, Google issued a statement saying it "was not working with the Chinese military" after US President Donald Trump criticised the company in a tweet on March 16.

Google withdrew its search engine and most other services from China in 2010, citing censorship concerns, but has maintained advertising sales and software-engineering offices there.

By the time Google opened its Beijing lab, the company had just sealed a deal that underscored its willingness to work with the US military. In September 2017, Google was awarded portions of a contract for Project Maven, a Pentagon initiative to use image-recognition technology to analyse drone footage, according to a report in Gizmodo.

Two months later, Google announced the Beijing AI centre. Like many decisions at the company, this was driven by a desire to hire the best coders. Google has spent the past five years signaling to investors and the public that it is the world's leading AI company, but it needs talented engineers to maintain this lead.

"AI and its benefits have no borders," Ms Fei-Fei Li, the Google executive then running the Beijing lab, wrote in a 2017 blog post announcing the centre. "And we want to work with the best AI talent, wherever that talent is, to achieve it."

Technicians in AI are particularly rare and expensive, and many of them are in China. Ms Li, a Chinese-born computer scientist, citing a statistic that almost half of the research in scientific journals on AI came from Chinese authors. At the time, Ms Li ran research for Google's cloud division, and she placed Jia Li, one of her deputies, in charge of the Beijing centre.

Google has since held talks about starting to sell its cloud services in China, Bloomberg News reported in August.

So far, the company has mostly given away technology free. A main focus of Google's AI lab is supporting Tensorflow, an open-source coding library that lets engineers and companies more easily run AI programmes that automate tasks or handle reams of data. For Google, the tool is a critical way to gain the allegiance of software developers, who may end up paying Google for cloud services later. 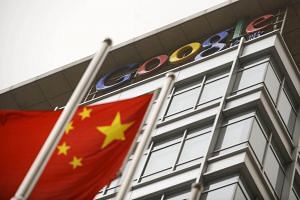 Last year, Amazon and Microsoft announced their own AI labs in China. Unlike Google, those two companies already sell cloud services in China. Amazon has even promoted its government work - an Amazon Web Services presentation from 2018 lists 33 public sector customers in China.

Both Amazon and Microsoft have also pursued cloud deals with the US military, while Google retreated from the Maven contract after employee protests.

"This is not about me and Google," Gen Dunford said last week at an event hosted by think tank the Atlantic Council. "This is about us looking at the second- and third-order effects of our business ventures in China, Chinese form of government, and the impact it's going to have on the United States' ability to maintain a competitive military advantage."

A Pentagon spokesman said that Gen Dunford doesn't have any meetings planned with other technology companies at this time.

As for Google's Beijing lab, its founding managers have left. The website for the lab describes it as working on education initiatives, "user experience," and the development of Tensorflow.

Two weeks ago, the website offered another description, according to a version of the page saved by the Internet Archive: "We're developing a world-class research effort dedicated to creating artificial intelligence solutions to real-world problems."