NEW YORK (REUTERS) - Police on Wednesday (June 15) recovered the body of a two-year-old boy who was grabbed by an alligator in front of his family during a vacation at Walt Disney World in Orlando.

Lane Graves was snatched by the alligator as he played at the water's edge on Tuesday night and dragged into a lagoon despite his parents' efforts to save him.

The following are some facts about alligators in Florida. 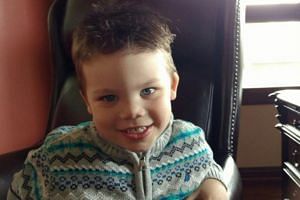 There are about 1.3 million wild alligators in Florida, according to an estimate from the Florida Fish and Wildlife Conservation Commission. That's about one alligator for every 15 residents.

"They likely exist in every waterway in our state," said Mr Kenneth Krysko of the Florida Museum of Natural History's Division of Herpetology.

Alligators prefer fresh water lakes and slow-moving rivers and their wetlands, but can also be found in brackish, or slightly salty, water.

Locals have spotted the reptiles in swimming pools and even garages, according to the commission, which receives more than 15,000 alligator-related complaints a year on average.

Alligators naturally fear humans, wildlife experts said. Only 23 people in Florida have died from unprovoked alligator attacks since 1948, based on April data from the commission. There have been 383 non-fatal bites reported during that time.

Become a nuisance when fed

The reptiles become a threat, or "nuisance alligators," when people feed them. Florida law prohibits the feeding of alligators because that removes their innate fear of humans. People can receive a US$500 (S$677) fine for doing so. The commission allows some 7,000 nuisance alligators to be killed each year.

At night, the reptiles can "hunt under the cover of darkness for animals that live on land and come to the water to drink," he said.

He added that alligators eat more in the summer when it is hot - just as vacationers flock to waterways to cool off.