ALEXANDRIA, Virginia (REUTERS) - The prosecution on Tuesday (July 31) portrayed US President Donald Trump’s former campaign chairman Paul Manafort as a man who felt tax and banking laws did not apply to him and described how he opened more than 30 bank accounts in three foreign countries to “receive and hide” income from Ukraine.

Jurors in federal court in Virginia heard opening statements from the prosecution and defence in Manafort’s trial on charges that he hid tens of millions of dollars earned in Ukraine in offshore accounts and defrauded banks for loans. It is the first trial arising from Special Counsel Robert Mueller’s investigation of Russia’s role in the 2016 US presidential election.

Manafort has pleaded not guilty.

Lawyers for Manafort countered by painting Manafort as a victim of his employees, including former colleague Rick Gates, who is cooperating with Mueller’s probe.

“This case is about taxes and trust,” defence attorney Thomas Zehnle told jurors. “His trust in Rick Gates was misplaced,” Zehnle said, alleging that Gates had embezzled millions of dollars from Manafort.

Manafort faces 18 criminal counts, which center on allegations that he hid much of the US$60 million (S$80 million) he earned in Ukraine in undisclosed overseas bank accounts and failed to pay taxes on it.

Prosecutor Uzo Asonye, a member of Mueller’s team, said of Manafort: “A man in this courtroom believed the law did not apply to him. Not tax, not banking law.” Earlier in the day, prosecutors and defense attorneys selected a 12-member jury to weigh Manafort’s fate. Four alternate jurors, three women and one man, also were chosen.

Manafort, 69, was seated in the courtroom wearing a dark suit, white shirt and tie.

Defense attorney Zehnle asked Manafort to stand up and face the jury, calling him “a good man” and a talented political consultant.

Asonye said Manafort set up more than 30 bank accounts in overseas countries and funneled millions of dollars into them in order to bankroll an extravagant lifestyle.

Asonye described how Manafort snapped up expensive real estate in the United States, spent millions of dollars on renovating his properties and more than a half million dollars on “fancy clothes.” 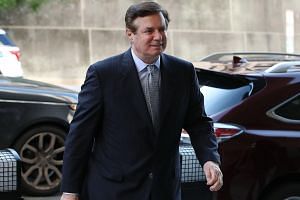 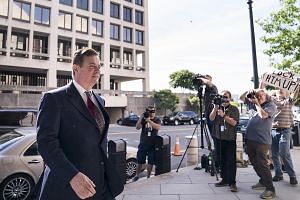 The tax and bank fraud trial represents the first test of Mueller’s ability to win a conviction of a former Trump aide. Three other aides, including Manafort’s longtime business partner Gates, have already pleaded guilty and are cooperating with Mueller’s probe.

Prosecutors are seeking to provide details of Manafort’s work for a pro-Russian political party in Ukraine, raising the possibility that new information about his Russian connections could emerge. Manafort has filed a motion to have details of that work excluded from trial.

Prosecutors also accuse him of lying to US banks to obtain real estate loans in a bid to maintain a lavish lifestyle after his client, former pro-Russia Ukrainian President Viktor Yanukovych, fell from power in 2014 and the money stopped.

Mueller was appointed by the US Justice Department’s No. 2 official last year to take over an FBI investigation into Russia’s role in the 2016 presidential election and whether there was unlawful coordination between Trump’s campaign and Moscow.

US District Judge TS Ellis made several jokes during the jury selection process, including about the quality of the lunches jurors will be provided. While many in the courtroom laughed, including Manafort’s lawyers, the defendant himself did not.

Manafort actively conferred with his lawyers during the jury selection process, writing and passing notes. Manafort’s wife, Kathleen, was sitting behind him in the courtroom.

Outside the courthouse, a handful of protesters displayed a life-sized puppet of Trump and held signs saying “Trump won’t do time for you,” "It’s Mueller time,” and “I like your new suit” alongside a photo of Manafort’s mug shot.

Trump has vacillated between showing sympathy for Manafort and trying to distance himself. Manafort worked on Trump’s presidential campaign for five months and attended a June 2016 Trump Tower meeting with Russians that is a focal point of Mueller’s probe into possible collusion between the campaign and the Kremlin.

A Manafort conviction would give momentum to Mueller, who has indicted or secured guilty pleas from 32 people and three companies since the probe started 14 months ago. An acquittal would support efforts by Trump and his allies to portray the probe as a “witch hunt.”

Trump denies any collusion with Russia, and on Tuesday tried to make the case publicly that collusion would not be a crime anyway.

Prosecutors have said they will not present evidence of collusion at this trial. The Virginia trial will be followed by a second one in Washington in September in which Manafort is charged with money laundering, failing to register as a foreign agent and witness tampering. Manafort has pleaded not guilty to those charges, as well.