Stone was raided at his home in Fort Lauderdale, Florida, on Friday, becoming the sixth campaign associate of President Donald Trump indicted in the investigation headed by Special Counsel Robert Mueller into possible collusion with Moscow in the 2016 election.

"I'm 66 years old. I don't own a firearm, I have no prior criminal record, my passport has expired," Stone told ABC's This Week news magazine programme.

He complained that it was "extraordinary" for a 29-member Swat team with numerous cars, amphibious vehicles and a helicopter to make the arrest, adding that he was forced to look "down the barrel of assault weapons" as he opened his front door in bare feet.

"They could have called my lawyers and I would have turned myself in," he said. "It was an expensive show of force to try to depict me as Public Enemy Number One... to poison the jury pool. These are Gestapo tactics."

Stone, a renowned political dirty trickster who has consulted with Trump for decades, is charged with lying to the House Intelligence Committee in 2017 about his communications during the campaign with Julian Assange. 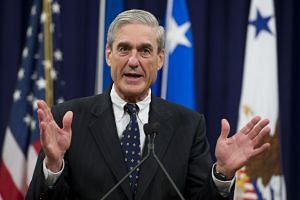 Stone is also accused of witness intimidation tactics to sway the testimony before Congress of radio host Randy Credico, who was in contact with Assange in 2016.

Stone denies all charges and says he has never spoken to Trump about WikiLeaks, Russia or the Mueller investigation.

"This Week" host George Stephanopoulos suggested that Stone's treatment was partly due to the fact that he was a flight risk who might wish to tamper with or destroy evidence.

"Again, I think it is designed to intimidate me or perhaps seek personal information that can be used to embarrass me that has nothing to do with Wikileaks, Russia, the 2016 campaign or anything else."

Stone said he "categorically" had not destroyed or discarded communications devices, hard drives or other evidence.

"My lawyers have been insistent on this. We very early had a request from both the Senate and the House. We have destroyed nothing whatsoever," he added.