WASHINGTON - The discovery that a tiger in the Bronx Zoo in New York has the Covid-19 coronavirus has fuelled discussion in research circles about the implications of the virus circulating in mammals other than humans.

That Covid-19 came from wildlife at a market, has already dovetailed long held concerns in public health and wildlife conservation circles.

And as animals and humans live in closer proximity the risk of viruses passing between species has increased. Ironically, this process is driven by humans.

"Virus transmission risk has been highest from animal species that have increased in abundance and even expanded their range by adapting to human-dominated landscapes," note the authors of a new paper uploaded on April 8 by the Royal Society.

"Among threatened wildlife species, those with population reductions owing to exploitation and loss of habitat shared more viruses with humans," the authors say in their paper titled "Global shifts in mammalian population trends reveal key predictors of virus spillover risk."

"Our findings provide… evidence that exploitation, as well as anthropogenic activities that have caused losses in wildlife habitat quality, have increased opportunities for animal-human interactions and facilitated zoonotic disease transmission," the authors conclude.

"Never before have so many opportunities existed for pathogens to pass from wild and domestic animals to people," says UNEP Executive Director Inger Andersen. "Our continued erosion of wild spaces has brought us uncomfortably close to animals and plants that harbour diseases that can jump to humans."

"Right now, other mammals have more to fear from us humans than we do from them because transmission appears to be one way," says Dr Summer Johnson McGee, Dean and Associate Professor of the School of Health Sciences at the University of New Haven.

"Only a handful of cases of animals testing positive with Covid-19 exist but that could be because we aren't testing animals regularly as we are in humans," Dr McGee told The Straits Times.

"Many more mammals, besides humans, could be impacted by this global pandemic and it could have major consequences for not only our domesticated animals but for global agriculture, zoos, and our ecosystem broadly.

"The only way we will know whether mammals are contracting Covid-19 from humans or vice versa is through widespread animal testing." 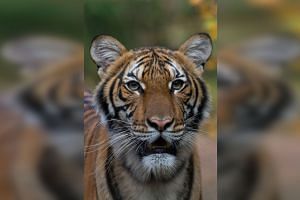 The highest priority for the protection of human health is to ban live wild animal markets and to carefully regulate any future legal wildlife trade, Professor Andrew Cunningham, Deputy Director of Science at the Zoological Society of London (ZSL) told The Straits Times.

But he added: "Importantly, if we understand the risk factors for zoonotic virus spill-over, we can take steps to prevent it happening in the first place without adversely affecting wild animals in which the viruses occur naturally."

"Although bats are thought to carry many potentially-zoonotic viruses, they are also essential for ecosystems to function," he said.

"Insectivorous bats eat huge volumes of insects such as mosquitoes and agricultural pests, while fruit bats pollinate trees and spread their seeds. It is imperative that these species are not culled through misguided 'disease control' measures."

Concern has been raised about the risk of Covid-19 spreading to primates other than humans. In parts of India for example, monkeys share space with people.

In Africa visitors have to keep a strict distance from gorillas and chimpanzees. A common cold may kill a gorilla.

Congo's Virunga National Park, home to about a third of the world's mountain gorillas, has barred visitors until June 1, citing advice from experts that "primates, including mountain gorillas, are likely susceptible to complications arising from the Covid-19 virus."

Rwanda also shut down tourism and research in three national parks that are home to primates including gorillas and chimpanzees.

And, while there have been no reported cases of Covid-19 in other primates, she cautioned: "We are completely in the dark about whether Covid-19 can harm other primates but it is theoretically possible."