WASHINGTON - Former United States President Barack Obama's pivot to Asia is yesterday's policy, but a group in the US Congress is working to ensure that America - with an eye on China - focuses on Asean.

Mr Castro, 43, a Democrat, told The Straits Times in an interview that he believes Asean should be central to the Indo-Pacific, adding that he has made this point to the State Department and the US Trade Representative publicly and also privately.

Lawmakers of the caucus are also assuring their counterparts in the region that the US remains strongly committed to Asean, he added.

US Secretary of State Mike Pompeo is due to meet foreign ministers of the other East Asia Summit member states - Asean plus Australia, China, Japan, India, New Zealand, South Korea, and Russia - in Singapore on Friday (Aug 3); US President Donald Trump is expected to visit Singapore to attend the East Asia Summit in November.

But the US has not yet appointed an ambassador to Asean, or to Singapore after its first nominee to the Singapore post, Ms K.T. McFarland, withdrew.

"There's no question that after the US decided not to be part of the TPP (the Trans Pacific Partnership trade pact), there's been a reorienting," Mr Castro said.

"That's why we are making an extra effort to let them (Asean countries) know we want to continue to increase trade, to continue to have deeper relations," he said.

Mr Castro co-founded the Congressional Asean Caucus in February 2017, inspired partly by a trip to Vietnam in May 2016 with then-President Obama, and by the fact that there was no Asean caucus in Congress then.

The caucus is bipartisan - the other co-founder is a Republican, Missouri Representative Ann Wagner.

Since that 2016 trip, China "has really stepped up its activities in South-east Asia, trying to dominate the region economically", Mr Castro told The Straits Times in an interview in his Washington office.

"I'm very concerned about China's rapid development and militarisation of islands in the South China Sea, and what it… means for the nations of the world if China strategically sets itself up to be able to block trade routes," he added. 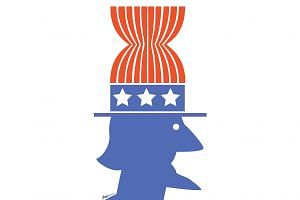 Why Asean is good for the US 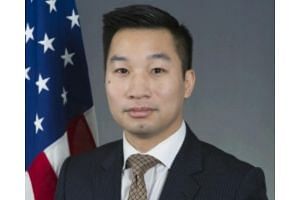 Asean is 'fulcrum' of Indo-Pacific strategy: US

Asean is the fulcrum of a free and open Indo-Pacific

In May, the US announced that it had "disinvited" China from the world's largest international naval exercise, the US-led Rim of the Pacific, or RIMPAC, as a signal of its disapproval of China's actions in the South China Sea - a topic that is expected to figure as usual at the Aug 3 meetings in Singapore.

The Congressional Asean Caucus has made efforts to urge Mr Trump to appoint an ambassador to Asean.

Last month, it wrote to him, noting that the US Mission to Asean has now gone for over a year without an ambassador, the longest period since the position was created.

"Last fall, you articulated your vision for a free and open Indo-Pacific, and we believe that nominating an ambassador to Asean will help promote your priorities in engaging our partners and allies in the region," the caucus wrote.

Mr Castro told ST that while the US is no longer a party to the TPP, which has since been revised, it still has the largest foreign direct investment in the region.

He said: "Our ties remain very strong, and I've made a special effort as have other members of the caucus, to engage members of the different legislative bodies of the Asean countries to let them know they have friends in Congress and we are going to build this relationship to be as strong as possible."