NEW YORK - Less than a year after Beijing-based Ofo Inc. entered the United States with big ambitions, the world's largest bike-share company plans to shut down most of its US operations, the Wall Street Journal reported on Thursday (July 19), citing people familiar with the matter.

Ofo told its US employees on Wednesday that it is cutting the vast majority of its workforce in the US and retreating to a handful of larger cities, these people said according to WSJ.

Ofo told staff it is still determining exactly which cities in which it will continue operating, the people said. It currently has more than 40,000 bicycles in more than 30 US markets, the report said.

At least three senior executives have left Ofo's US operations in recent weeks, including its chief in North America, ahead of the planned downsizing, the newspaper's sources said.

Andrew Daley, Ofo's new head of North America, said in a statement that the company has begun to "prioritise growth in viable markets that support alternative transportation and allow us to continue to serve our customers."

Ofo is the largest global player in the business of dockless bikes, which riders rent through an app then leave wherever their ride ends.

It claims to have deployed more such bikes than any other company, leading a business that has reshaped urban transportation in China and other countries in the four years since it took off.

The company is one of seven which have applied to Singapore's Land Transport Authority (LTA) for a formal licence to offer bike-sharing services in the Republic, even though it entered the crowded market last year.

Asked if there are similar plans to close operations in Singapore, an Ofo Singapore spokesman told The Straits Times that the company "remains fully committed to the Singapore market".

He added that the company's license application submission to LTA to operate a fleet of 80,000 bicycles in the country a few weeks ago "is a strong demonstration of our continued commitment to Singapore". 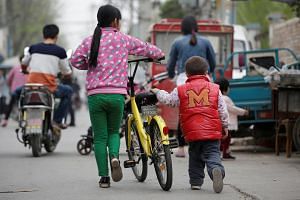 New rules lock Ofo out of Chicago; bike-sharing firm to focus on refining operation in growing markets including Singapore

Ofo and its main rival, Beijing Mobike Technology Co., together claim around 20 million bicycles on global streets, using a business model that inspired US venture capitalists to pour hundreds of millions of dollars recently into two electric scooter companies aiming to do the same in the US, reported WSJ.

Ofo this winter announced that it had secured US$866 million in funding from backers including Alibaba Group Holding Ltd. Other investors include Chinese ride-hailing service Didi Chuxing Technology Co.

Ofo last year began a big push into the US and has blanketed streets of cities including Dallas, San Diego, Scottsdale, Arizona, and Seattle, and aspired to reach 300,000 bikes on US streets by the end of 2018.

But human-powered bicycles have proven less popular in the US than Ofo and other backers expected, WSJ said. Ridership in many cities is well below what the companies need to break even, the report said, citing former Ofo employees.

Adding to the challenge, dense markets like Boston and Manhattan have exclusive bike-share agreements with companies that have installed docks-blocking the entrance of dockless companies.