Mr Ross told CNBC the moves by Beijing will "prove that President (Donald) Trump was right when he announced his summary of the talks" held recently with China's President Xi Jinping.

The leaders met on the sidelines of the Group of 20 summit in Buenos Aires on Dec 1 and agreed to a 90-day truce while they tried to find a solution to the escalating trade dispute, but they provided differing accounts of the scope of their agreement.

Mr Ross did not say when the Chinese auto tariffs will come down or whether Washington had made any offer in exchange, nor when soybean exports might resume.

China raised duties on US autos to 40 per cent from 15 per cent as the confrontation between the world's two largest economies heated up earlier this year, and essentially halted massive soy purchases. 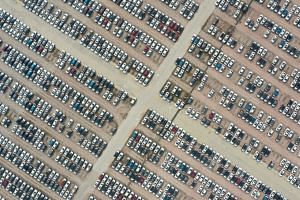 Mr Ross said Beijing's offer would help German auto manufacturers in particular as they produced vehicles for the Chinese market at US auto plants.

"So that's a very direct help to us and probably will be helpful in the talks we've been having with the German auto manufacturers," he said.

Noting that the differing announcements following the Buenos Aires meeting, Mr Ross said, "The President had said there would be a relatively immediate resumption of soybean purchases. It now turns out that he's accurate."

The Wall Street Journal reported Wednesday that Chinese officials also agreed to replace the comprehensive industrial policy, Made in China 2025, which Trump officials have sharply criticised. The report said the new plan would allow foreign companies greater access to the Chinese market.

Word of possible progress in the trade talks has cheered Wall Street since this week, helping stocks recoup the prior week's losses.

However, Beijing has expressed outrage at news last week that a senior executive from the telecoms giant Huawei had been arrested at Washington's behest on charges of Iran sanctions violations.

The US had been poised to more than double the punitive tariffs on US$200 billion (S$274 billion) in Chinese goods at the start of next year, but with the truce in effect, that has been pushed back to March 1.