Despite increased efforts by Internet platforms like Facebook to combat Internet disinformation, the use of the techniques by governments around the world is growing, according to a report released on Thursday (Sept 26) by researchers at Oxford University.

The researchers compiled information from news organisations, civil society groups and governments to create one of the most comprehensive inventories of disinformation practices by governments around the world. They found that the number of countries with political disinformation campaigns more than doubled to 70 in the last two years, with evidence of at least one political party or government entity in each of those countries engaging in social media manipulation.

In addition, Facebook remains the No. 1 social network for disinformation, the report said. Organised propaganda campaigns were found on the platform in 56 countries.

"Social media technology tends to empower propaganda and disinformation in really new ways," said Samantha Bradshaw, a researcher at the Oxford Internet Institute, a department at Oxford University, and co-author of the study. The institute previously worked with the Senate Intelligence Committee to investigate Russian interference around the 2016 campaign.

The report highlights the continuing challenge for Facebook, Twitter and YouTube as they try to combat disinformation, particularly when the perpetrators are governments. The companies have announced internal changes to reduce social media manipulation and foreign interference.

But the research shows that use of the tactics, which include bots, fake social media accounts and hired "trolls", is growing. In the past two months, the platforms have suspended accounts linked to governments in China and Saudi Arabia. 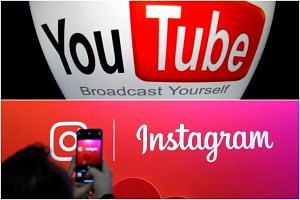 China's Twitter disinformation ops have been going on for years: Report

China is waging a disinformation war against Hong Kong protesters

Ben Nimmo, director of investigations at Graphika, a company that specialises in analysing social media, said the growing use of Internet disinformation is of concern for the 2020 US election.

A mix of domestic and foreign groups, operating autonomously or with loose ties to a government, are building from the methods used by Russia in the last presidential election, making it difficult for the platforms to police, he said.

"The danger is the proliferation" of the techniques, he said. "Anybody who wants to influence the 2020 election may be tempted to copy what the Russian operation did in 2016."

China's emergence as a powerful force in global disinformation is one of the most significant developments of the past year, researchers said. The country has long used propaganda domestically, but the protests this year in Hong Kong brought evidence that it was expanding its efforts. In August, Facebook, Twitter and YouTube suspended accounts linked to Beijing that were spreading disinformation about the protests.

Philip N. Howard, director of the Oxford Internet Institute and one of the authors of the report, said that such online disinformation campaigns can no longer be understood to be the work of "lone hackers, or individual activists, or teenagers in the basement doing things for clickbait".

There is a new professionalism to the activity, with formal organisations that use hiring plans, performance bonuses and receptionists, he said.

In recent years, governments have used "cyber troops" to shape public opinion, including networks of bots to amplify a message, groups of "trolls" to harass political dissidents or journalists, and scores of fake social media accounts to misrepresent how many people engaged with an issue.

The tactics are no longer limited to large countries. Smaller states can now easily set up Internet influence operations as well.

The Oxford researchers said social media was increasingly being co-opted by governments to suppress human rights, discredit political opponents and stifle dissent, including in countries like Azerbaijan, Zimbabwe and Bahrain.

In Tajikistan, university students were recruited to set up fake accounts and share pro-government views. During investigations into disinformation campaigns in Myanmar, evidence emerged that military officials were trained by Russian operatives on how to use social media.

Bradshaw said that in the case studies the Oxford team identified, advertising was not central to the spread of disinformation. Instead, she said, the campaigns sought to create memes, videos or other pieces of content designed to take advantage of social networks' algorithms and their amplifying effects - exploiting the potential for virality on the platforms for free.

Bradshaw said both government regulation and the steps taken by Facebook to combat this kind of disinformation did not go far enough. A lot of the regulation "tends to focus on the content" or "problems at the edges of disinformation problems", she said, pointing to efforts like Facebook's transparency in its ads archive.

"But from our research, we know that this problem of microtargeting ads is actually only a very small part of the problems," Bradshaw said. Facebook has not addressed deeper structural problems that make it easy to spread false and misleading information, she said.

"To address that you need to look at the algorithm and the underlying business model," Bradshaw said.