WASHINGTON (BLOOMBERG) - OpenAI, an artificial intelligence research group co-founded by billionaire Elon Musk, has demonstrated a piece of software that can produce authentic-looking fake news articles after being given just a few pieces of information.

In an example published last Thursday (Feb 14) by OpenAI, the system was given some sample text: "A train carriage containing controlled nuclear materials was stolen in Cincinnati today. Its whereabouts are unknown."

From this, the software was able to generate a convincing seven-paragraph news story, including quotes from government officials, with the only caveat being that it was entirely untrue.

"The texts that they are able to generate from prompts are fairly stunning," said Mr Sam Bowman, a computer scientist at New York University who specialises in natural language processing and who was not involved in the OpenAI project, but was briefed on it.

"It's able to do things that are qualitatively much more sophisticated than anything we've seen before."

OpenAI is aware of the concerns around fake news, said Mr Jack Clark, the organisation's policy director. "One of the not-so-good purposes would be disinformation because it can produce things that sound coherent but which are not accurate," he said.

As a precaution, OpenAI decided not to publish or release the most sophisticated versions of its software. It has, however, created a tool that lets policymakers, journalists, writers and artists experiment with the algorithm to see what kind of text it can generate and what other sorts of tasks it can perform. 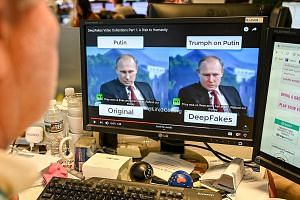 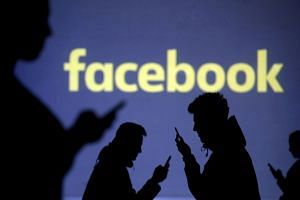 The potential for software to be able to be able to near-instantly create fake news articles comes during global concerns over technology's role in the spread of disinformation.

European regulators have threatened action if tech firms don't do more to prevent their products helping sway voters, and Facebook says it has been working since the 2016 US election to try to contain disinformation on its platform.

Mr Clark and Mr Bowman both said that, for now, the system's abilities are not consistent enough to pose an immediate threat. "This is not a shovel-ready technology today, and that's a good thing," Mr Clark said.

Unveiled in a paper and a blog post last Thursday, OpenAI's creation is trained for a task known as language modelling, which involves predicting the next word of a piece of text based on knowledge of all previous words, similar to how auto-complete works when typing an e-mail on a mobile phone. It can also be used for translation and open-ended question answering.

One potential use is to help creative writers generate ideas or dialogue, said Mr Jeff Wu, a researcher at OpenAI who worked on the project. Others include checking for grammatical errors in texts, or hunting for bugs in software code. The system could be fine-tuned to summarise text for corporate or government decision-makers further in the future, he said.

In the past year, researchers have made a number of sudden leaps in language processing. In November, Google unveiled a similarly multi-talented algorithm called Bert, which can understand and answer questions.

Earlier, the Allen Institute for Artificial Intelligence, a research lab in Seattle, achieved landmark results in natural language processing with an algorithm called Elmo. Mr Bowman said Bert and Elmo were "the most impactful development" in the field in the past five years. By contrast, he said OpenAI's new algorithm was "significant" but not as revolutionary as Bert.

Although co-founded by Mr Musk, he stepped down from OpenAI's board last year. He helped start the non-profit research organisation in 2016 along with Mr Sam Altman and Ms Jessica Livingston, the Silicon Valley entrepreneurs behind start-up incubator Y Combinator. Other early backers of OpenAI include Mr Peter Thiel and Mr Reid Hoffman.