The practice of airlines serving nuts on board flights has stirred up debate, after a three-year-old boy from Australia had an allergic reaction to passengers around him who were eating peanuts.

Marcus Daley, who has anaphylaxis, was with his parents on Singapore Airlines (SIA) flight SQ217 last Wednesday (July 12) from Singapore to Melbourne when he allegedly started vomiting. He had been served a nut-free meal but suffered a reaction when passengers opened their packets of peanuts, which are usually served as a snack.

Following the incident, SIA said it was reviewing its serving of nuts on flights.

Food allergies, abnormal reactions to food triggered by a hypersensitive immune system, can be debilitating for some.

Symptoms vary, but can include skin rashes, sneezing, shortness of breath and diarrhoea.

In severe cases, sufferers may go into anaphylactic shock, which is potentially life-threatening and involves serious breathing difficulties and loss of consciousness.

Studies suggest that food allergies are becoming more common in children in many parts of the world, a 2015 report in The Straits Times said.

Urbanisation has also been suggested as a reason for this rise. 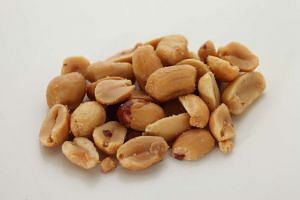 Studies from 2005 to 2015 have "demonstrated consistently that avoiding foods of all types actually increases a baby's risk of allergy to that food, rather than lowering it", said Dr Soh Jian Yi, consultant for allergy and immunology at the National University Hospital, in a 2015 article.

Avoidance is the best way to deal with food allergies as there is no cure for them.

However, medication can be taken to treat the symptoms of allergies, and current treatments include desensitisation, which involves giving the sufferer precisely measured amounts of the allergen frequently and in increasing doses to raise the threshold of reaction.

Here is a look at six types of food allergies. 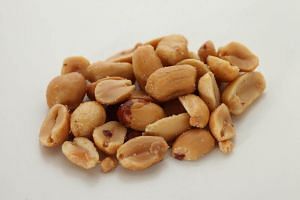 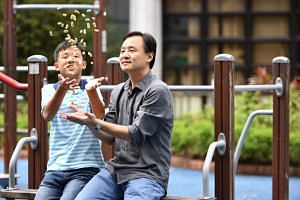 Peanut allergy is widespread in America and some parts of Europe.

On Thursday (Jan 5), America's National Institute of Allergy and Infectious Diseases issued new guidelines on peanut allergy that were a departure from previous instructions.

It is now recommended that parents feed babies creamy peanut butter or pureed food with nut powder when infants are four to six months old.

This has been shown in a clinical study to reduce the risk of peanut allergy among infants deemed at high risk by 81 per cent.

Previous recommendations had advised against giving babies peanuts before the age of three.

Peanut allergy is a leading cause of death from food allergies in the United States.

Peanut allergy was once rare in Singapore but became the leading cause of anaphylaxis in children in recent years.

Symptoms include hives, nausea and anaphylaxis in serious cases.

According to a 2014 study in the Singapore Medical Journal, shellfish are the most common food allergen in Singapore.

The study showed that the prevalence of shellfish allergy in those aged between 14 and 16 was high at 5.23 per cent, a pattern typical of South-east Asia.

This is likely due to the high consumption of shellfish in the region.

Unlike some other allergies, shellfish allergy often persists into adulthood and was in 2014 shown to be the most common cause of food anaphylaxis in adults in Singapore.

Outgrowing a seafood and nut allergy is less likely than outgrowing milk and egg allergies, according to the National University Hospital's website.

The same 2014 study in the Singapore Medical Journal found egg allergies to be the most common among Singaporean children younger than three years old, at 1.8 per cent.

In a set of clinical practice guidelines issued by the Ministry of Health (MOH) in 2010, MOH said egg allergy, while very common in young children, is outgrown by approximately two-thirds of egg-allergic children by five years of age.

Cooking and gastric digestion reduces the allergenicity of egg protein - therefore, some children react only to uncooked eggs.

Allergy to cow's milk usually manifests with symptoms such as eczema, hives, vomiting, diarrhoea, colic and sometimes constipation. In rare cases, it can cause anaphylaxis.

Milk allergy is different from lactose intolerance, which is caused when a person lacks the enzyme needed to digest the lactose found in milk, resulting in gas, bloating and abdominal cramps after consuming dairy products.

Allergy to cow's milk-based powders is usually due to allergy to the proteins in the milk, namely whey or casein. A 2012 report said it affects 2 to 15 per cent of the population. It is most common in infants and occurs less frequently as a child grows up.

An ingredient used in some milk formula in Singapore was in July last year (2016) found to cause allergic reactions in rare cases.

Called galacto-oligosaccharide (GOS), the carbohydrate is typically added to help promote good bacteria in the gut.

In a joint statement, the Health Ministry and Agri-Food and Veterinary Authority of Singapore said that GOS is generally deemed safe for human consumption, both in Singapore and abroad.

However, they advised those with conditions such as eczema, asthma or allergic rhinitis to be careful when consuming products with this additive for the first time.

Going on a gluten-free diet is popular in the United States.

And for some, such diets are necessary for health - gluten is especially dangerous for those with Coeliac disease, an autoimmune disorder where the small intestine is hypersensitive to gluten.

Other reactions to gluten include bloatedness, tiredness and rashes.

Gluten is a general term for proteins found in wheat, rye and barley.

A 1997 report said there were three deaths from bad reactions to the jelly in Australia.

The country then made it mandatory for royal jelly products to carry warning labels saying: "This product... has been reported to cause severe allergic reactions and in rare cases, fatalities, especially in asthma and allergy sufferers."

Ingestion of royal jelly has been reported to trigger rhinitis, asthma and anaphylaxis, according to a 2016 article in the Chinese Medical Journal.