On the World Wide Web's 29th anniversary on Monday (March 12), its inventor, Sir Tim Berners-Lee, posted an open letter on the World Wide Web Foundation which he founded, noting the importance of ensuring everyone has access to a Web that is worth having and works for people.

Having invented the Web in 1989 while working at the European Organisation for Nuclear Research, or Cern, and subsequently working to ensure it was made freely available to all, Berners-Lee, a scientist and academic, is now dedicated to protecting the Web's future and closing the digital divide.

This year marks a milestone in the Web's history: It will cross the tipping point when more than half of the world's population will be online.

In the letter, Berners-Lee calls for powerful tech firms to be regulated to prevent the Web from being used as a weapon for fake news, conspiracy theories and criminal activities.

We reproduce the letter below:

Today, the World Wide Web turns 29. This year marks a milestone in the Web’s history: For the first time, we will cross the tipping point when more than half of the world’s population will be online. When I share this exciting news with people, I tend to get one of two concerned reactions:

1. How do we get the other half of the world connected?

2. Are we sure the rest of the world wants to connect to the Web we have today?

The threats to the Web today are real and many, including those that I described in my last letter — from misinformation and questionable political advertising to a loss of control over our personal data. But I remain committed to making sure the Web is a free, open, creative space — for everyone.

That vision is only possible if we get everyone online, and make sure the Web works for people. I founded the Web Foundation to fight for the Web’s future. Here’s where we must focus our efforts:

The divide between people who have Internet access and those who do not is deepening existing inequalities — inequalities that pose a serious global threat. Unsurprisingly, you’re more likely to be offline if you are female, poor, live in a rural area or a low-income country, or some combination of the above. To be offline today is to be excluded from opportunities to learn and earn, to access valuable services, and to participate in democratic debate. If we do not invest seriously in closing this gap, the last billion will not be connected until 2042. That’s an entire generation left behind.

In 2016, the UN declared Internet access a human right, on par with clean water, electricity, shelter and food. But until we make Internet access affordable for all, billions will continue to be denied this basic right. The target has been set — the UN recently adopted the Alliance for Affordable Internet’s threshold for threshold for affordability: 1GB of mobile data for less than 2 per cent of average monthly income.

The reality, however, is that we’re still a long way off from reaching this target — in some countries, the cost of 1GB of mobile broadband remains over 20 per cent of average monthly income.

What will it take to actually achieve this goal? We must support policies and business models that expand access to the world’s poorest through public access solutions, such as community networks and public Wi-Fi initiatives. We must invest in securing reliable access for women and girls, and empowering them through digital skills training.

Make the Web work for people

The Web that many connected to years ago is not what new users will find today. What was once a rich selection of blogs and websites has been compressed under the powerful weight of a few dominant platforms. This concentration of power creates a new set of gatekeepers, allowing a handful of platforms to control which ideas and opinions are seen and shared.

These dominant platforms are able to lock in their position by creating barriers for competitors. They acquire start-up challengers, buy up new innovations and hire the industry’s top talent. Add to this the competitive advantage that their user data gives them and we can expect the next 20 years to be far less innovative than the last.

What’s more, the fact that power is concentrated among so few companies has made it possible to weaponise the Web at scale. In recent years, we’ve seen conspiracy theories trend on social media platforms, fake Twitter and Facebook accounts stoke social tensions, external actors interfere in elections, and criminals steal troves of personal data.

We’ve looked to the platforms themselves for answers. Companies are aware of the problems and are making efforts to fix them — with each change they make affecting millions of people. The responsibility — and sometimes burden — of making these decisions falls on companies that have been built to maximise profit more than to maximise social good. A legal or regulatory framework that accounts for social objectives may help ease those tensions.

Bring more voices to the debate on the web’s future

The future of the Web isn’t just about those of us who are online today, but also those yet to connect. Today’s powerful digital economy calls for strong standards that balance the interests of both companies and online citizens. This means thinking about how we align the incentives of the tech sector with those of users and society at large, and consulting a diverse cross-section of society in the process. 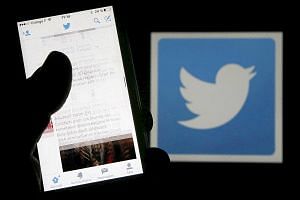 It's true: Fake news spreads faster - and humans are to blame 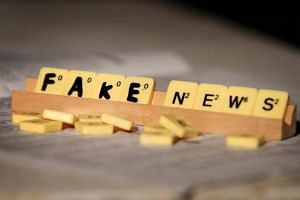 Time for a vaccine against fake news

Two myths currently limit our collective imagination: The myth that advertising is the only possible business model for online companies, and the myth that it’s too late to change the way platforms operate. On both points, we need to be a little more creative.

While the problems facing the Web are complex and large, I think we should see them as bugs: problems with existing code and software systems that have been created by people — and can be fixed by people. Create a new set of incentives and changes in the code will follow. We can design a Web that creates a constructive and supportive environment.

Today, I want to challenge us all to have greater ambitions for the Web. I want the web to reflect our hopes and fulfil our dreams, rather than magnify our fears and deepen our divisions.

As the late Internet activist John Perry Barlow once said: “A good way to invent the future is to predict it." It may sound utopian, it may sound impossible to achieve after the setbacks of the last two years, but I want us to imagine that future and build it.

Let’s assemble the brightest minds from business, technology, government, civil society, the arts and academia to tackle the threats to the Web’s future. At the Web Foundation, we are ready to play our part in this mission and build the Web we all want. Let’s work together to make it possible.