WASHINGTON (REUTERS) - Russian interference in the 2016 US presidential election on social media was more widespread than previously thought and included attempts to divide Americans by race and extreme ideology, said reports by private experts released on Monday (Dec 17) by US senators from both parties.

The Russian government's Internet Research Agency, based in St. Petersburg, Russia, tried to manipulate US politics, said the reports, one by social media analysts New Knowledge and the other by an Oxford University team working with analytical firm Graphika.

The twin reports largely verified earlier findings by US intelligence agencies, but offered much more detail about Russian activity going back years that continues even now, said the reports and senior lawmakers.

For instance, one Russian troll farm tried to encourage US "secessionist movements" in California and Texas, the New Knowledge report said.

"This newly released data demonstrates how aggressively Russia sought to divide Americans by race, religion and ideology," said Richard Burr, the Republican chairman of the US Senate Intelligence Committee, in a statement.

The Russian agency worked to erode trust in US democratic institutions and its activities have not stopped, he said. The committee collected data from social media companies that was used by the private analysts in their analysis.

Senator Mark Warner, the committee's top Democrat, said,"These reports demonstrate the extent to which the Russians exploited the fault lines of our society to divide Americans in an attempt to undermine and manipulate our democracy. 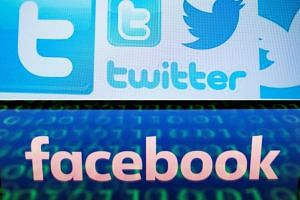 Russians meddling in the midterms? Here's the data

"These attacks ... were much more comprehensive, calculating and widespread than previously revealed," he said.

Oxford/Graphika said the Russians spread "sensationalist, conspiratorialist, and other forms of junk political news and misinformation to voters across the political spectrum." The group said Russian trolls urged African-Americans to boycott the election or to follow wrong voting procedures, while also encouraging right-wing voters to be more confrontational.

Since Donald Trump was elected president in 2016, it said, Russian trolls have put out messages urging Mexican-American and other Hispanic voters to mistrust U.S. institutions.

The report from New Knowledge said the Russians ran"comprehensive Anti-Hillary Clinton operations," such as efforts to organize Muslims to stage a pro-Clinton demonstration.

The Kremlin has denied the allegations of meddling. Trump has denied any collusion between Russia and his campaign.

The matter is being investigated by Special Counsel Robert Mueller, whose long-running inquiry has clouded the Trump presidency and netted guilty pleas and indictments against former close Trump associates.