Those who use bleach and other common disinfectants regularly could have a higher chance of developing fatal lung disease, according to a 30-year study.

The study, conducted by Harvard University and the French National Institute of Health and Medical Research (Inserm), found that people who used the products just once a week had a 32 per cent increased chance of developing chronic obstructive pulmonary disease (COPD).

Researchers looked at incidence of the disease in over 55,000 nurses in the United States.

COPD is an umbrella term for several lung conditions, such as emphysema and chronic bronchitis, that make breathing difficult.

That year, about 3.2 million people succumbed to COPD, caused mainly by smoking and pollution.

The Guardian reported that while disinfectant use was previously associated with the increased risk of respiratory problems like asthma, the new study is believed to be the first that links COPD to specific cleaning chemicals known as quaternary ammonium compounds (quats).

"The potential adverse effects of exposure to disinfectants on COPD have received much less attention, although two recent studies in European populations showed that working as a cleaner was associated with a higher risk of COPD," Inserm researcher Orianne Dumas said. 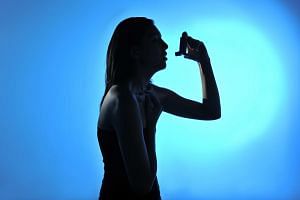 "To the best of our knowledge, we are the first to report a link between disinfectants and COPD among healthcare workers, and to investigate specific chemicals that may underlie this association.

"Some of these disinfectants, such as bleach and quats, are frequently used in ordinary households, and the potential impact of domestic use of disinfectants on COPD development is unknown," Dr Dumas added.

"Earlier studies have found a link between asthma and exposure to cleaning products and disinfectants at home, such as bleach and sprays, so it is important to investigate this further."

While the everyday use of bleach currently has no specific health guidelines, the study's researchers are hoping that this will change.

Data was analysed from a mass study on female nurses that Harvard started in 1989. In 2009, the researchers looked at those still working as nurses who had no history of COPD and tracked them until May this year.

Over this period, 663 nurses were diagnosed with the COPD.

The nurses' exposure to disinfectants were evaluated via a questionnaire, according to The Guardian. Other factors, including age, weight and ethnicity of the subjects, that could have distorted the results were taken into account.

Dr Dumas is due to brief a meeting of the European Respiratory Society International Congress in Milan on Monday (Sept 11).

She will highlight the need for guidelines for cleaning and disinfection in healthcare establishments such as hospitals to be updated to take into account the occupational health risks.