MONTREAL (REUTERS) - Police in the Canadian province of Quebec are searching for a man they suspect of punching a nurse in the face for giving his wife a Covid-19 vaccine without his consent, a police spokesman said on Wednesday (Sept 22).

The man confronted the female nurse on Monday morning in the office of a pharmacy in the city of Sherbrooke, about 155km south-east of Montreal, where she was assigned to administer vaccines, police spokesman Martin Carrier said by phone.

"Our suspect went directly into the office and began to yell at the nurse," Carrier said.

The man appeared to be very shocked that his wife was vaccinated at the pharmacy "without his authorisation", and hit the nurse in the face, Carrier added.

Nurses globally have faced cases of abuse along with suffering burnout on the job in the long fight against Covid-19, health advocates say.

It was not clear whether the suspect opposed vaccinations or whether his wife had in fact been inoculated at the same pharmacy, Carrier said.

Anti-vaccine protests across Canada ramped up in the run-up to this week's federal election, with some demonstrations targeting schools.

Protesters had drawn the ire of Prime Minister Justin Trudeau on the campaign trail for targeting hospitals and healthcare workers, and he has vowed to crack down on such actions.

Quebec Premier Francois Legault said on Wednesday his government would try to get a special law passed as early as Thursday to stop anti-vaccine protesters from demonstrating close to schools and hospitals or face fines.

"My patience has reached its limit," he told reporters in Quebec City.

"I think it's important to leave our children and patients in peace." 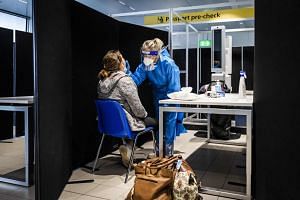 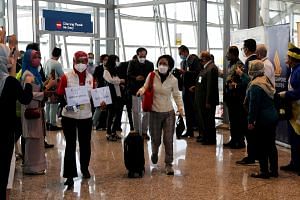 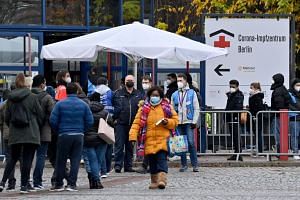 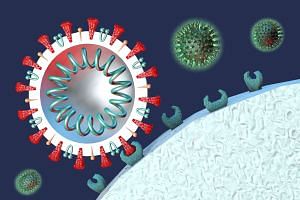 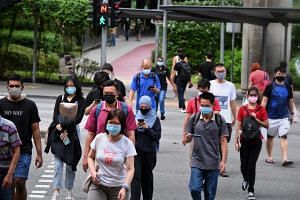 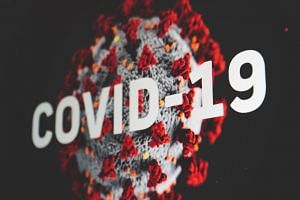