WASHINGTON (NYTIMES) - Syrian Kurdish fighters have detained two British men infamous for their role in the Islamic State in Iraq and Syria's imprisonment, torture and killing of Western hostages, according to US officials.

The men were part of a group of four ISIS militants known as the "Beatles" because of their British accents. Officials identified the two men captured as Alexanda Kotey and El Shafee Elsheikh. They were the last two members of the group to remain at large.

The ringleader, Mohammed Emwazi, was killed in an airstrike in 2015 in Syria after an intensive manhunt. Known as "Jihadi John," he beheaded US and British hostages. A fourth man, Aine Davis, is imprisoned in Turkey on terrorism charges.

All four had lived in West London. Kotey, born in London, is of Ghanaian and Greek Cypriot background, while Elsheikh's family fled Sudan in the 1990s. Both men have been designated foreign terrorists by the United States.

The British extremists were known for their brutality. They repeatedly beat the hostages they kept imprisoned in Raqqa, Syria, formerly ISIS' self-declared capital, and subjected them to waterboarding and mock executions.

Emwazi was believed to have killed American journalists James Foley and Steven Sotloff, as well as Abdul-Rahman Kassig, an aid worker. The US government says the group beheaded more than 27 hostages. 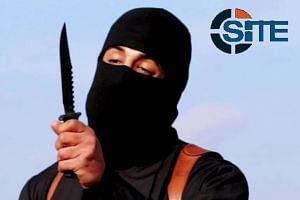 'Jihadi John' killed in US air strike in Syria targeting him: BBC 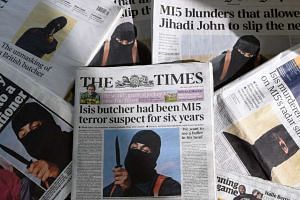 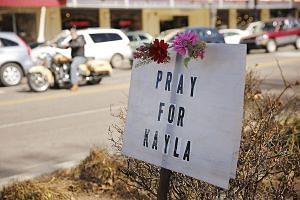 According to the State Department, Kotey "likely engaged in the group's executions and exceptionally cruel torture methods, including electronic shock and waterboarding. Kotey has also acted as an ISIL recruiter and is responsible for recruiting several UK nationals to join the terrorist organisation."

ISIL is another acronym for Islamic State.

Elsheikh travelled to Syria in 2012 and joined Al-Qaeda in Syria before aligning himself with ISIS.

"Elsheikh was said to have earned a reputation for waterboarding, mock executions and crucifixions while serving as an ISIS jailer," the State Department said.

Kotey, 34, and Elsheikh, 29, were detained by the US-backed Syrian Democratic Forces (SDF), a Kurdish-led militia, which is fighting the last pockets of ISIS insurgents in Syrian towns and villages along the Euphrates River south to the border with Iraq. US officials were informed in mid-January that the militia might have captured the men.

The SDF suspected that the two men were foreign fighters and gave them access to US Special Operations forces, US officials said. The Americans confirmed their identities using fingerprints and other biometric measurements.

Their capture and detention was described to The New York Times by several US officials who spoke on the condition of anonymity because details of the case remain secret.

The series of gruesome beheadings that started with Foley in 2014 rocked the Obama administration, which had been accused by the victims' families of failing to do enough to save their loved ones. The US military did raid the prison in Raqqa in July 2014, but ISIS had already moved its hostages.

Because of the families' complaints, the Obama administration made major changes to the way the government handles the abduction of US citizens. It created a Hostage Recovery Fusion Cell, which is led currently by the FBI, and a special presidential envoy for hostage affairs. The Trump administration has yet to fill the envoy role.

The families have long hoped to recover the bodies of their loved ones, but ISIS' control of chunks of Syria rendered the task nearly impossible.

It was not clear whether the Justice Department would prosecute the two men or when the US military would take custody of them. For the FBI agents and other officials who have long worked on the case, bringing back the men to face federal prosecution would be a major victory.

But Attorney-General Jeff Sessions has been an outspoken supporter of continuing to use the wartime prison at Guantanamo Bay, Cuba, and the military commissions held there. Thomas P. Bossert, the president's chief counterterrorism adviser, has also pushed for the suspects to be sent to the military prison.

But because the men are suspected of being members of ISIS, not Al-Qaeda, taking them to Guantanamo - where detainees have a right to bring habeas corpus challenges to their detention - would create a legal headache that national security officials want to avoid. It would give a judge an opportunity to rule on the dispute over whether the congressional authorisation for use of military force against the perpetrators of the attacks of Sept 11, 2001, legitimately covers ISIS.

Moreover, if the United States fails to prosecute the men in federal court, it could anger the victims' families, causing yet another disappointment.

In 2016, federal prosecutors filed charges against an Iraqi woman who was captured in a raid on an ISIS compound in eastern Syria. The woman, known by her nom de guerre, Umm Sayyaf, was implicated in the imprisonment of an aid worker, Kayla Mueller, 26, of Prescott, Arizona.

Mueller had been originally imprisoned by the British militants, but was moved to another location, where she was badly abused by the leader of ISIS before she was killed in 2015.

The circumstances surrounding Mueller's death remain a mystery. ISIS said she was killed in a bombing raid. US law enforcement officials wanted to prosecute Umm Sayyaf in Virginia, but she was turned over to the Iraqi government instead.

A senior US official said Kotey and Elsheikh had provided valuable information to military interrogators about the remaining ISIS leadership and support structure, which are under tremendous pressure from air and ground attacks.

There were some indications that the two men initially sought to hide their identities, but the Special Operations forces routinely run fingerprint checks and other biometric measurements to identify known terrorist leaders and catalog rank-and-file militants.

Other information has been collected from cellphones and other electronic equipment they were carrying, the US official said. The men could also have information about other hostages, including British journalist John Cantlie, who was abducted with Foley in 2012. Since he was taken hostage, Cantlie has appeared in several ISIS propaganda videos.

US officials had sought to keep the capture of the two British suspects under wraps to allow analysts more time to pursue the intelligence leads developed from their detention and prepare raids against unsuspecting ISIS targets.

US warplanes and Kurdish-led ground forces are hunting for the several hundred remaining ISIS fighters hiding along the Euphrates River Valley near the border between Syria and Iraq.

The US-led military command in Baghdad said in a statement last week that four senior ISIS commanders and officials, including two operatives dealing with logistics and immigration, were killed in the region in the past month.

The most prized ISIS target, however, has proved the most elusive: Abu Bakr al-Baghdadi, the group's leader. While rumours have surfaced repeatedly over the past three years of Baghdadi's death or wounding in airstrikes, US counterterrorism officials believe he is alive and most likely hiding in the Sunni border areas straddling Iraq and Syria.