SINGAPORE - Singapore's leaders have written to Oman's new royal ruler, Sultan Haitham bin Tariq, to offer their condolences over the death of the nation's long-time monarch Sultan Qaboos bin Said, the Ministry of Foreign Affairs said in a statement on Monday (Jan 13).

Sultan Qaboos, one of the Middle East's longest-serving rulers, died last Friday, aged 79, after suffering for years from an undisclosed illness. Sultan Haitham, his cousin and the country's culture minister, took over in a smooth transition a day later.

Sultan Qaboos, who came to power in 1970 in a bloodless coup, has been credited for transforming the poor Middle Eastern country torn by civil war into a stable and prosperous state that has gained a reputation for being a trusted mediator in a turbulent region.

In a letter addressed to Sultan Haitham last Saturday, President Halimah Yacob said she was deeply saddened by the passing of Sultan Qaboos, calling him a "remarkable and wise leader who laid the foundations for modern Oman".

President Halimah noted that Sultan Qaboos took over at a time when Oman faced tremendous challenges to its unity. "Undaunted by these difficulties, he forged a cohesive nation that has since become a bastion of stability in an often-tumultuous region," she wrote.

"Under his long reign, Oman enjoyed unprecedented growth, peace and development. Oman's transformation across all sectors is a testament to his far-sighted vision and strong leadership," she said.

In his letter to Sultan Haitham, Prime Minister Lee Hsien Loong said the late monarch will be remembered as the architect of Oman's development, who "brought peace and stability through great foresight and meticulous planning".

Both President Halimah and PM Lee noted Sultan Qaboos' contribution to regional diplomacy in their letters. Madam Halimah said Oman, under Sultan Qaboos, had been a "trusted peacemaker and bridge-builder", while PM Lee said Oman's role as a reliable and non-partisan mediator had contributed immensely to regional and world peace.

Both leaders also credited Sultan Qaboos for laying the foundation for the relationship between both countries, which was exemplified by the replica of a 9th-century Omani dhow - known as The Jewel of Muscat - that Sultan Qaboos gifted to Singapore in 2010 to symbolise the friendship and renewal of historical ties between the two countries.

Madam Halimah said the vessel, which has been on display at Resorts World Sentosa's Maritime Experiential Museum, "will forever stand as a tangible symbol of the enduring relations between Singapore and Oman". 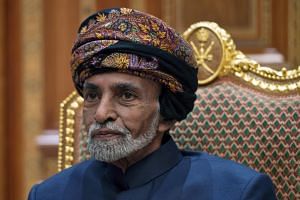 PM Lee called it a precious gift that "serves as a lasting reminder that while our shores may be distant, trade, culture and history bind us together".

"Under His Majesty's wise leadership, Oman has been an oasis of peace and stability amidst a highly volatile region. He set the tone for what would become Oman's unique brand of quiet diplomacy," Dr Balakrishnan wrote.

"The emphasis on balance and neutrality, while safeguarding Oman's territorial integrity and independence, will be his lasting legacy."

Meanwhile, Environment and Water Resources Minister Masagos Zulkifli, who paid his respects to Sultan Qaboos at the Al Alam Palace in Oman on Monday morning, said he conveyed the condolences of President Halimah and PM Lee to Sultan Haitham, Oman's new ruler.

"As the pioneer of Oman's modernisation and development, His Majesty Sultan Qaboos was an important leader in the Middle East region, dedicated to promoting peace and international cooperation," said Mr Masagos.

"Singapore maintains warm ties with Oman, and will continue strengthening our bilateral relations to advance international collaboration on various issues," he added.