RIYADH (REUTERS) - Saudi Arabia will study how its male guardianship system is being abused, Saudi media reported on Monday (Feb 4), after the flight of an 18-year-old woman to Thailand last month focused global attention on the issue.

Every Saudi woman is assigned a male relative - often a father or husband but sometimes an uncle, brother or even a son - whose approval is needed to marry, obtain a passport and travel abroad.

Rights groups say the arrangement turns women into second-class citizens, depriving them of social and economic freedoms and making them more vulnerable to violence.

Without a codified system of law to go with the texts making up syariah, or Islamic law, the Saudi police and judiciary have long cited social customs in enforcing certain prohibitions on women. Many aspects of guardianship stem from informal practices rather than specific laws.

Saudi public prosecutor Saud al-Mojeb said his office would "spare no efforts in protecting individuals, whether women, children or parents, from unfair treatment by those who abuse guardianship powers," according to English daily Saudi Gazette.

His office receives only a small number of complaints about guardianship, he added, without providing details.

The government communications office was not immediately available for comment. 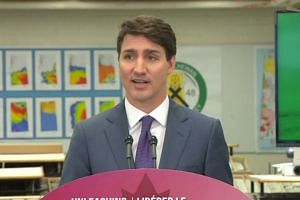 Activists say many Saudi women fear that reporting abuse to the police would only further endanger their lives. They have called for an end to guardianship, which has slowly eroded over the years but remains in force.

Some freedoms have been granted under Crown Prince Mohammed bin Salman, who ended a ban on women driving and eased restrictions on gender mixing, but they have been accompanied by a crackdown on dissent, including the arrest and alleged torture of women's rights activists as well as Muslim clerics.

The plight of Rahaf Mohammed, who slipped away from her family last month during a holiday in Kuwait and then tweeted calls for help from Bangkok airport, sparked an online campaign that ended with the Thai authorities reversing a decision to send her home and Canada granting her asylum.

Saudi Arabia, one of the world's most gender-segregated nations, is ranked 138 of 144 states in the 2017 Global Gender Gap, a World Economic Forum study on how women fare in economic and political participation, health and education.