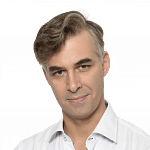 TEL AVIV - Last week, US President Donald Trump pulled off a feat that had eluded Arab leaders for decades. His speech recognising Jerusalem as Israel's capital and promising to move the US embassy there unified and galvanised the Arab and Muslim world.

Politicians warned that the decision would trigger new bouts of violence. All vowed to help "liberate" Jerusalem and Palestine.

Turkey's President Recep Tayyip Erdogan will hold an extraordinary summit of the Organisation of Islamic Cooperation on Dec 13 for the 57-country grouping to plan a collective strategy against the US move.

Jordan's King Abdullah II called for an emergency meeting of the Arab League this past weekend for a coordinated position on Mr Trump's decision.

"Jerusalem is a Palestinian, Jordanian, Islamic, and Christian issue and any attempt to decide its fate unilaterally is null and void," said Jordan's Foreign Minister Ayman al Safadi.

However, if history is anything to go by, the new-found concord will not last long. Its semblance may even be dangerous, because it creates an internal dynamic of radicalisation, as has happened frequently in Jerusalem's bloodied past.

One of the world's oldest cities, Jerusalem is holy to Jews, Christians and Muslims, because key events in their faiths took place there.

Yet far too often, leaders of the Muslim world did not have the city's best interest at heart, but exploited its symbolic, emotive value for their own political gain.

Like in 1948, when a coalition of Arabs and Muslims led to the "Nakba" - the disastrous Palestinian defeat in Israel's war of independence. Arab leaders had vowed then to come to Palestine's aid. Most of them did not want war, but Jerusalem's radical Grand Mufti Amin al Husseini stirred Arab sentiments by using Jerusalem and the Al Aqsa mosque as his battle cry.

Their fervour forced Arab leaders to dispatch troops. But each seems to have had his own agenda.

Jordan's King Abdullah had secretly agreed with the Israelis which parts of Palestine he could incorporate into his kingdom. Egypt and Syria sent in their armies to prevent Jordanian territorial gains. Iraq and Yemen sent insignificant forces. At no time did the different armies coordinate their strategies.

The Mufti's other plans went awry. Egypt thwarted his dream of an Islamic University in Jerusalem that would serve as a counterweight to the Hebrew University. It cut off his funds because it did not want a rival to Al Azhar University in Cairo.

Similar dynamics are at play today. Mr Erdogan has threatened to sever diplomatic relations with Israel, probably motivated by his aspiration to dominate the region, a goal that was foiled when rebels Turkey backed lost the civil war in Syria, and Egypt's army ousted the Muslim Brotherhood he was close to.

Fighting for Jerusalem is Mr Erdogan's chance to re-establish himself as a leading figure in the Islamic world. His outbursts have put Egypt and Jordan in a bind - public opinion demands their leaders follow his lead, but both countries need to cooperate with Israel.

Haifa in Israel serves as one of Jordan's most important ports. Jordan relies on Israel for drinking water. Still, King Abdullah II had to join the chorus of outrage lest he be regarded as a traitor.

Saudi Arabia faces a similar dilemma. Riyadh depends on its alliance with the US, and reportedly cooperates with Israel against a common arch-enemy - Iran.

Teheran's Shiite rulers exploit the Jerusalem issue to blame the Sunni leaders of the Arab world for the current debacle, and to present themselves as a dependable alternative.

Iran's Ayatollah Ali Khamenei said last Wednesday Palestine is the top political issue and "everyone is duty-bound to make endeavours towards its freedom". In other words: Arabs, forget we meddle in your civil wars in Syria, Iraq and Yemen, and focus on another enemy.

Iran's Foreign Minister Javad Zarif was more explicit in his attack on Saudi Arabia. He said :"If half the funds spent by some rulers in the region to encourage terrorism, extremism, sectarianism and incitement against neighbours was spent on liberating Palestine, we wouldn't be facing today this American egotism."

But nowhere would the consequences of mutual incitement be as dire as in Palestine. Even though President Mahmoud Abbas feels a new wave of violence would undermine cooperation with Israel, his Fatah party has begun to compete with radical-Islamist Hamas over whose slogans are more belligerent.

After repeated diplomatic setbacks, Dr Abbas needs to appease his enraged people, even though this threatens the foundation of his rule.

Hamas knows this well, which is why it is confining its new intifida or cry to battle to the West Bank, where clashes would weaken only Dr Abbas. They control Gaza, and would not risk another disastrous war with Israel. Their holy war looks more like a political manoeuvre.

As before, Palestinians stand to gain little from the newfound solidarity on Jerusalem. Rather, they will probably suffer most from any developments led by foreign powers. In Jerusalem, history has a tendency to repeat itself.