RIYADH (AFP) - Saudi King Salman on Monday described US President Donald Trump's visit to the Muslim kingdom in the Gulf as a "turning point" in relations between the two countries.

Trump on Monday concluded his landmark visit to Saudi Arabia, which he chose for his first foreign trip since taking office in January, during which the allies announced arms deals and investments worth hundreds of billions of dollars.

"This is a turning point in relations between the two countries," Salman told his council of ministers, according to state news agency SPA.

He said relations between the two countries will advance from a partnership to the "level of strengthening consultations, cooperation and coordination on all fronts".

The king also praised a "historic agreement" between Gulf monarchies and Washington "to take firm measures to target the financing of terrorism" and the setting up of a Riyadh-based centre for this task, SPA said. 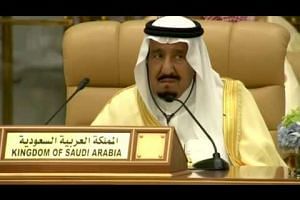 US President Donald Trump in turnaround praises Islam, lashes out at Iran

The ministers also hailed the launch of the Global Centre for Combating Extremist Ideology in Riyadh on Sunday (May 21).

Dubbed "Etital", Arabic for moderation, the centre "embodies the kingdom's great efforts and its ongoing fight against terrorism", SPA reported.

In his first foreign speech, Trump on Sunday urged Muslim leaders to take a stand against violence committed in the name of religion, describing the struggle against extremism as a "battle between good and evil". 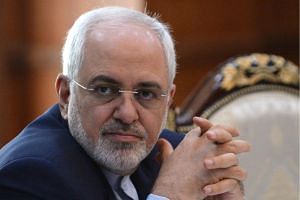