RIYADH (AGENCE FRANCE-PRESSE, NYTIMES, REUTERS, WASHINGTON POST) - Columnist Jamal Khashoggi, an outspoken critic of the Saudi government, has not been seen since he entered a Saudi consulate in Turkey on Oct 2.

Accusations of murder have since emerged, with Turkish officials coming out to say that the veteran journalist was killed and dismembered by a hit squad of Saudi government agents.

Here's what we know so far, and also what we don't know:

1. WHO IS JAMAL KHASHOGGI?

Mr Khashoggi, 59, a former newspaper editor in Saudi Arabia and adviser to its former head of intelligence, left the country last year, saying he feared retribution for his growing criticism of Saudi policy in the Yemen war and its crackdown on dissent.

He had worked in the Saudi embassies in Washington and London, and some suspected he had also worked for Saudi intelligence. Then, over years in the Saudi news media, he established himself as a kind of unofficial spokesman for the royal family, which often preferred to speak through surrogates.

His independent streak and empathy for the Western perspective made him a uniquely important, well-liked contact for foreign journalists and diplomats seeking to understand the royal perspective.

As a contributor to the Washington Post, he frequently criticised the Saudi regime's brutal tactics and was particularly critical of Crown Prince Mohammed bin Salman.

Since Mr Khashoggi disappeared, it has also become clear that he had close ties to the Muslim Brotherhood, an international Islamist movement that, in recent decades, had embraced elections as the best way to bring change to the region - another reason the prince might have felt hostile towards him.

2. WHY DID HE GO TO THE SAUDI CONSULATE?

Under the strain of his voluntary exile from Saudi Arabia, Mr Khashoggi's marriage had ended in a divorce, and he since became engaged to a Turkish woman.

Mr Khashoggi needed certification from the Saudi authorities of his divorce so that he could remarry in Turkey. On Oct 2, he entered the Saudi consulate in Istanbul to get documents for his forthcoming marriage.

Security camera footage showed Mr Khashoggi entering the consulate shortly after 1pm that day. His fiancee Hatice Cengiz was waiting outside and said that he never emerged.

The wedding was planned for the next day.

3. WAS MR KHASHOGGI ABDUCTED OR MURDERED?

This is where the mystery begins. Turkish officials, speaking on the condition of anonymity, have said that their government has detailed evidence of a gory assassination, which they say the Saudi leadership ordered.

But the Daily Sabah newspaper, a publication with close ties to President Recep Tayyip Erdogan's government, reported that unnamed officials said the police were examining the possibility that Mr Khashoggi had been abducted and not killed, possibly with the help of another country's intelligence officers.

4. WHY HAS SAUDI ARABIA BEEN IMPLICATED IN THE DISAPPEARANCE?

Turkish employees of the residence had unexpectedly been told not to report for work that day, and police investigators suspected Mr Khashoggi was in the van, reported Daily Sabah, without naming its sources.

A senior Turkish official has described a quick and complex operation in which Mr Khashoggi was killed within two hours of his arrival at the consulate by a team of Saudi agents, who dismembered his body with a bone saw they brought for the purpose.

5. IS THERE ANY HARD EVIDENCE?

Turkey's investigation into the disappearance has revealed recordings made on Mr Khashoggi's Apple Watch purportedly indicating that he was tortured and killed, Daily Sabah has reported.

"The moments when Khashoggi was interrogated, tortured and murdered were recorded in the Apple Watch's memory," the paper said, adding that the watch had synced with his iPhone, which his fiancee was carrying outside the consulate.

Two senior Turkish officials previously said that Mr Khashoggi had been wearing a black Apple watch when he entered the consulate and that it was connected to a mobile phone he left outside.

However, it was not clear whether data from Mr Khashoggi's watch could have been transmitted to his phone outside, or how investigators could have retrieved it without obtaining the watch themselves. 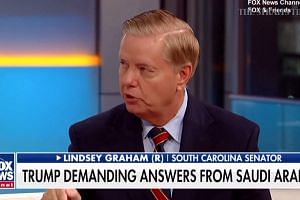 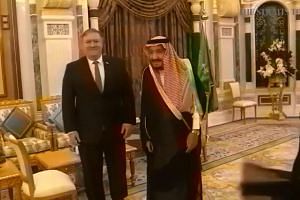 Daily Sabah, which cited "reliable sources in a special intelligence department" for its report, said Mr Khashoggi was believed to have turned on the recording feature on the phone before entering the consulate.

The paper said Saudi intelligence agents realised after he died that the phone was recording and they used his fingerprint to unlock it, deleting some files, but not all of them.

Separately, a team of Turkish police investigators and prosecutors scoured the Saudi consulate in Istanbul on Tuesday in an unprecedented eight-hour night-time search.

The Turkish team, who conducted the investigation alongside a Saudi delegation, took samples with them, including soil from the consulate garden that was loaded into vans, one official present said.

Later on Tuesday, Mr Erdogan said that some of the materials at the Saudi consulate have been painted over. He also told reporters that they were looking into toxic materials at the mission.

Top security officials have concluded that Mr Khashoggi was assassinated in the Saudi consulate in Istanbul on orders from the highest levels of the royal court. The security establishment concluded that Mr Khashoggi's killing was directed from the top because only the most senior Saudi leaders could order an operation of such scale and complexity, one official said, speaking on condition of anonymity.

Meanwhile, US intelligence intercepts have also been revealed of Saudi officials discussing a plan to lure Mr Khashoggi back to Saudi Arabia from his home in Virginia and then detain him on the orders of Prince Mohammed.

6. WHO ARE THE SUSPECTS?

One suspect, Mr Maher Abdulaziz Mutreb, was a diplomat assigned to the Saudi embassy in London in 2007, the New York Times said, citing a British diplomatic roster.

Mr Mutreb, perhaps a bodyguard, had been photographed emerging from planes with Prince Mohammed on recent trips to Madrid and Paris, the newspaper reported.

The fifth suspect is an autopsy expert, Mr Salah al-Tubaigy, who the New York Times said identified himself on his Twitter account as the head of the Saudi Scientific Council of Forensics.

Turkish officials hint that they have withheld the evidence so far in order to avoid exposing intelligence sources, which could include human informants or electronic surveillance. It is also unclear whether Turkey has shared its evidence with allies like the US or Britain.

Experts have pointed to another, more cynical possible explanation for Turkey's reticence about releasing evidence: It may quietly seek some kind of deal with Saudi Arabia that could prevent full disclosure.

Turkey and Saudi Arabia are regional rivals on opposite sides of an ideological feud over Brotherhood-style political Islam. But until now, the two countries have worked hard to bridge their disagreements, in the interest of working together on areas of common interest, like the Syrian civil war.

Meanwhile, US President Donald Trump has given mixed signals about his interest in the Khashoggi case.

On the one hand, he has pointedly noted that Mr Khashoggi was not a US citizen and that his disappearance occurred far from American soil. He has also repeatedly ruled out cutting off arms sales to Saudi Arabia, on the grounds that those contracts bring money and jobs to the US.

On the other hand Mr Trump vowed over the weekend that there would be "severe punishment" if Saudi Arabia were proved to have killed Mr Khashoggi.

That threat drew an extraordinary pushback from the Saudis, with the Foreign Ministry saying in a statement that if Saudi Arabia "receives any action, it will respond with greater action", citing the oil-rich kingdom's "influential and vital role in the global economy".

On Monday (Oct 15), CNN cited two sources as saying the Saudis are preparing a report that Mr Khashoggi's death resulted from a botched interrogation, while the Wall Street Journal said the kingdom was weighing whether to say that rogue operatives killed Mr Khashoggi by mistake.