MECCA, SAUDI ARABIA (THE DAILY STAR/ASIA NEWS NETWORK) - The Organisation of Islamic Conference (OIC) has called for launching the case of Myanmar's human rights violations against the Rohingya Muslims at the International Court of Justice (ICJ).

Some 750,000 Rohingyas have fled brutal military atrocities in Myanmar's Rakhine state since August 2017.

More than 300,000 others had taken shelter in Bangladesh escaping previous waves of violence - posing immense economic, environmental and diplomatic challenges for Bangladesh.

Rohingyas say the conditions in Rakhine are not conducive for their return and that there is no guarantee of citizenship and safety.

Meanwhile, escalation of violence in Rakhine in recent months has further complicated the situation, with the Myanmar military fighting Arakan Army, a Rakhine Buddhist rebel group. 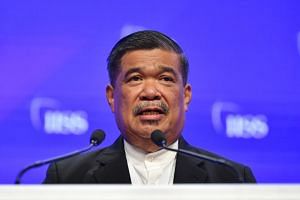 Myanmar shows mercy - but not to Rohingya: The Nation

In a joint communique, the OIC urged its ad-hoc Ministerial Committee, led by Gambia, to take immediate measures to launch the case at the ICJ on behalf of the 57-member global body.

In March, the OIC foreign ministers agreed on taking Myanmar to the court at the Hague.

The conference further called for ensuring free and unrestricted access to humanitarian assistance by affected persons and communities and creating conditions conducive for safe, voluntary, and dignified return of the refugees.

Myanmar is fully responsible for the protection of its citizens and it should stop the use of military power in Rakhine immediately, according to the joint communique posted on the OIC website.

The conference urged Myanmar to take practical, time-bound and concrete steps to restore the citizenship of Rohingyas who were deprived of their nationality, with all associated rights, and to allow and facilitate their safe and dignified return.

The summit reiterated its deep appreciation for the people of Bangladesh and PM Hasina for opening their hearts and borders and supporting the Rohingyas with scarce resources.

It also urged the OIC members to come up generously to share the increasing burden of Bangladesh.