In 2017, Maltese investigative reporter Caruana Galizia was blown up - by a bomb fixed to her car - for publicising stories that exposed corruption scandals in the country.

Two years later, the truth behind her death remains a mystery. Her story illustrates a common denouement for reporters around the world.

At least 881 journalists have been killed for simply telling the truth in the past 10 years. In almost nine out of 10 cases, these crimes have gone unpunished.

These statistics were highlighted by the Director-General of Unesco, Ms Audrey Azoulay, as the organisation observed the International Day To End Impunity For Crimes Against Journalists on Nov 2.

To commemorate the day, November's list of "10 Most Urgent" cases of journalists under attack places a special focus on reporters whose persecutors received impunity for their unlawful detention, abuse and even murder.

The list is compiled by the One Free Press (OFP) Coalition, a group that comprises pre-eminent editors and publishers who safeguard journalists persecuted for pursuing the truth.

In her message to mark the occasion, Ms Azoulay added that local journalists working on corruption and politics in non-conflict situations, such as war, represented 93 per cent of journalist deaths in the past decade.

To counter the rising threat to media freedom, the OFP Coalition was established during a meeting of the International Media Council at the World Economic Forum in March.

The Straits Times joined the alliance in May. 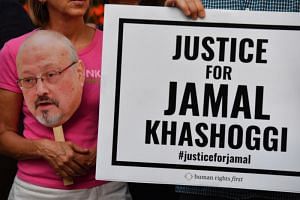 While three men have been formally charged and are awaiting trial for allegedly planting the bomb that killed Ms Galizia, the police investigation to uncover who ordered her assassination has stalled, said The Guardian.

While the Maltese government had announced a wide-ranging inquiry in late September, the announcement has been met with criticism by the Parliamentary Assembly of the Council of Europe (Pace) who questioned the credibility of the inquiry.

One of its concerns lies with three members of the Board of Inquiry who were appointed by the prime minister, suggesting that the inquiry may lack the impartiality and independence required for a feasible investigation.

Speaking to The Guardian, Mr Pieter Omtzigt, Special Rapporteur at Pace, said he was concerned the authorities may have turned down evidence that could lead to those who commissioned the killing.

"Individual officers may be doing their best, but the approach of the police force as a whole, and of the politicians responsible for it, does not match the prime minister's promise to leave no stone unturned," said Mr Omtzigt.

On a more positive note, Moroccan journalist Hajar Raissouni,who was highlighted on the One Free Press' October list, was pardoned by Morocco's king in early October after being sentenced to a year in jail for premarital sex and having an abortion.

In a statement from prison before receiving the pardon, Ms Raissouni said she was targeted for her work as a journalist and for her family's history as dissidents, said The Guardian.

Here are nine other cases mentioned in this month's list, in no particular order:

Indian editor Shujaat Bukhari was killed in June 2018 after he wrote a piece for India's Scroll news website, welcoming the government's suspension of military operations against alleged terrorists during the month of Ramadan in Kashmir. The 50-year-old founder and editor of Rising Kashmir newspaper was sprayed with bullets by several unidentified gunmen outside his office in Srinagar, according to Free Press Kashmir. While police identified four suspects, one of whom was later killed in a shootout, subsequent updates have stagnated. Mr Bukhari, having covered decades of ceasefire negotiations between India and Pakistan, was one of the most prominent voices for peaceful moderation between Kashmir separatists and the Indian national government, said Columbia Journalism Review.

On Oct 13, security officers arrested Ms Esraa Abdel Fattah, a reporter and social-media coordinator for banned news website Tahrir News. The officers took her to an undisclosed location where they beat her, hung her from handcuffs for hours, and choked her, according to the journalist's lawyers. Ms Abdel Fattah had written about human rights and opposition groups on the Tahir News website, and Egyptian authorities have banned her from leaving the country since 2016, CPJ reported.

No independent criminal investigation has come in 13 months with any answers in the brazen killing of Washington Post columnist Jamal Khashoggi. Pressured by recent attacks on Saudi oil facilities, the Kingdom's crown prince spoke out in September denying any role in the murder but did claim responsibility for the "mistake" on behalf of consulate workers in Istanbul. Yet, findings from the UN and CIA point to his involvement.

For the past month, Uzbek authorities have kept blogger Nafosat Olloshukurova in a Khorezm regional psychiatric centre. Her family has not seen or been able to contact her since Sept 23. She had been documenting journalist and poet Mahmud Rajabov's march to the capital Tashkent to petition for dropping a criminal case against him.

The trial for the murder of Mexico's La Jornada correspondent, Ms Miroslava Breach Velducea, is ongoing, although the next court date is still undetermined. As she was leaving her home, Ms Velducea was shot eight times after reporting on links between politicians and organised crime. The Mexico City newspaper reported that a note reading "for being a snitch" was found at the scene.

Come Nov 21, two years will have passed since the disappearance of freelance journalist Azory Gwanda, who had been investigating mysterious killings in rural Tanzania. The government has failed to conduct a credible investigation or disclose information. On July 10, Tanzanian Foreign Minister Palamagamba Kabudi said Mr Gwanda had "disappeared and died" but then backtracked amid requests for clarification.

Mr Mahmoud Hussein Gomaa, a journalist working with Al Jazeera, has spent more than 1,000 days in pre-trial detention in Cairo's Tora Prison Complex since his December 2016 arrest on anti-state and false news charges. His detention, which was initially pegged for 15 days, has been repeatedly renewed every 45 days and stems from a 2016 documentary "Al-Asaker" (The Soldiers) about conscription in Egypt.

Eight days after his Aug 22 arrest in Lagos, Nigerian federal authorities charged Mr Agba Jalingo, publisher of privately owned online news outlet CrossRiverWatch, with disturbance of public peace and treason for writings and social-media posts about Governor Benedict Ayade. A guilty verdict for treason could sentence Jalingo to life in prison, while the offence of disturbance could carry up to three years.

Salam Info newspaper director Martin Inoua Doulguet is imprisoned and awaiting a date to appeal against his three-year sentence commenced in September following criminal charges of conspiracy and defamation. The court also found Le Moustik newspaper director Abdramane Boukar Koyon guilty of the same offences, but he received no jail time. Both are subjected to fines: each to pay one million Central African francs (S$2,300) to the state and joint responsibility for 20 million francs in plaintiff damages.

This is the ninth list released by the OFP Coalition. The coalition's other members include the Associated Press, Bloomberg News, The Boston Globe, Buzzfeed, Huff Post (formerly The Huffington Post), Insider Inc, Quartz, Time, Voice of America, The Washington Post, Wired and Yahoo News. 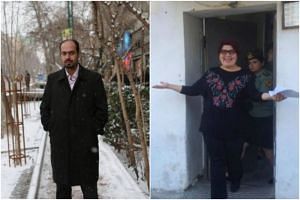 From Asia, The Financial Times, India Today, Middle East Broadcasting Networks and Radio Free Asia have joined the network together with The Straits Times, while those from the rest of the Americas are AmericaEconomia, Estadao, Office of Cuba Broadcasting and TV Azteca.

Members of the public can join the conversation using the hashtag #OneFreePress and follow developments on Twitter @OneFreePress. To see the "10 Most Urgent" list every month, readers can visit www.onefreepresscoalition.com or @OneFreePress on Twitter.