SINGAPORE - If the weather is clear, stargazers will be able to see a supermoon on Thursday (March 21), one that coincides with the same day as the spring equinox.

People in the Northern Hemisphere will see the moon first. And it's not just any old supermoon. It's a "super worm equinox moon".

And it will be the last of the three supermoons for 2019. Supermoons occur when the moon's orbit takes it closest to the Earth and the moon seems larger and brighter.

So why the name for the latest supermoon?

During the equinox, the sun crosses the plane of the Earth's equator, making night and day all over the Earth of equal length.

As for the worm part? According to National Geographic, this moon coincides with the time of year when earthworms begin to emerge from the thawing winter soil.

According to astronomy website EarthSky.org, a full moon has not landed this close to the first day of spring since the year 2000, and the two celestial events won't happen less than a day apart again until 2030. 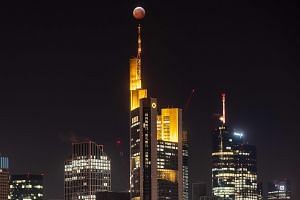 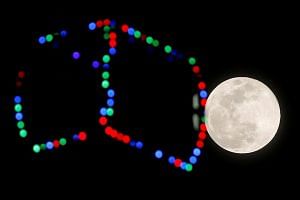 In Pictures: Biggest supermoon of 2019 as seen from around the world

Nat Geo said that at 3.45pm Eastern Time, on Tuesday, in the United States (3.45am, Wednesday, Singapore time), the moon will be 359,380km away from Earth, making for an especially close perigee.

Then, at 9.43pm ET on Wednesday (9.43am, Thursday, Singapore time), the moon will officially reach its full phase. As a result of these combined events, the full lunar disk will appear 14 per cent larger and 12 per cent brighter than usual, Nat Geo said.

In January, a "super blood wolf moon" occurred when a rare total lunar eclipse unfolded as the moon, Earth and sun lined up.

In February, the largest and brightest supermoon lit up the night sky. This was a "super snow moon".