NEW YORK (NYTIMES) - Happy are the people of the Nordic nations - happier, in fact, than anyone else in the world. And the overall happiness of a country is almost identical to the happiness of its immigrants.

Those are the main conclusions of the World Happiness Report 2018, released on Wednesday (March 14).

Finland is the happiest country in the world, it found, followed by Norway, Denmark, Iceland, Switzerland, the Netherlands, Canada, New Zealand, Sweden and Australia.

Though in a different order, this is the same top 10 as last year, when Norway was No. 1 and Finland was fifth.

Burundi and Central African Republic, both consumed by political violence, are the least happy countries for the second year in a row.

This year, Central African Republic is slightly happier than Burundi; last year, their order was reversed.

Taiwan, at No. 26, is the only area in Asia ranked above Singapore. Malaysia is ranked 35th.

As for the United States, it is 18th out of 156 countries surveyed - down four spots from last year's report and five from 2016's, and substantially below most comparably wealthy nations.

Though the economy is generally strong and per capita income is high, it ranks poorly on social measures: life expectancy has declined, suicide rates have risen, the opioid crisis has worsened, inequality has grown and confidence in government has fallen.

"I think there really is a deep and very unsettling signal coming through that US society is in many ways under profound stress, even though the economy by traditional measures is doing fine," Jeffrey D. Sachs, an editor of the report, said in an interview on Tuesday. 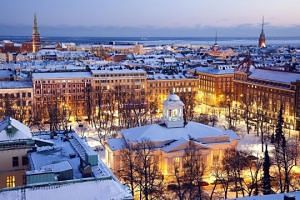 ST's cheat sheet for 2018: How to stay healthy, eat better and be happy

7 things to know about the 2017 World Happiness Report

"The trends are not good, and the comparative position of the US relative to other high-income countries is nothing short of alarming."

The report was produced by the United Nations Sustainable Development Solutions Network and edited by three economists: Sachs, the network's director and a professor at Columbia University; John F. Helliwell, a senior fellow at the Canadian Institute for Advanced Research and professor emeritus at the University of British Columbia; and Richard Layard, a director of the Well-Being Programme at the London School of Economics' Centre for Economic Performance.

It is based on Gallup International surveys conducted from 2015 to 2017, in which thousands of respondents were asked to imagine a ladder with steps numbered 0 to 10 and to say which step they felt they stood on, a ranking known as the Cantril Scale.

Explaining why one country is happier than another is a dicey business, but the report cites six significant factors: gross domestic product per capita, social support, life expectancy, freedom to make life choices, generosity and corruption levels.

Sachs noted that the happiest countries have very different political philosophies from the US'.

Most of the top 10 are social democracies, which "believe that what makes people happy is solid social support systems, good public services, and even paying a significant amount in taxes for that."

This year's report also focused heavily on how migration affects happiness. Most notably, it found that the happiness of a country's immigrants is almost identical to that of its population at large - indicating, Helliwell said in an interview, that "people essentially adjust to the average happiness level of the country they're moving to".

"The closeness of the two rankings shows that the happiness of immigrants depends predominantly on the quality of life where they now live," the report's executive summary said.

"Happiness can change, and does change, according to the quality of the society in which people live."

The study did not examine how national immigration policies affect happiness. However, it did examine the findings of Gallup's new "migrant acceptance index", which measured public attitudes toward immigrants in various countries.

These attitudes are not always correlated with national policies: The United States, for example, ranks highly on the migrant acceptance index, even though the Trump administration has pursued more restrictive immigration laws.

In countries with high migrant acceptance indexes - that is, countries where the populace is generally receptive to newcomers - immigrants "are happier than their other circumstances would indicate, and so were the people who were born there," Helliwell said. "That sort of openness turns out to be good for both."