VATICAN CITY (AFP) - Pope Francis gathers bishops from around the world at the Vatican this week for a hotly-awaited summit on tackling the wave of child sex abuse scandals assailing the Catholic Church.

The heads of around 100 bishops' conferences from every continent will convene from Thursday (Feb 21) to Sunday for the meeting, with victims' groups demanding that a concrete action plan on fighting paedophilia be drawn up.

The pope, who asked the bishops to speak to victims of abuse in their respective countries before the Rome convention, has tried to dial down "inflated expectations" for a cure-all.

The conference aims to be an opportunity to improve awareness of the global phenomenon of sexual abuse of minors within the Church, despite many in Africa, Asia and the Middle East being in denial of what they call "a Western problem".

In many parts of the world, discussing violence towards children and even sex is taboo, leading the Vatican to organise this week's gathering.

Some abuse victims, particularly from countries where their plight is ignored, have also been invited to attend.

"Someone who has met a victim, heard their cries for help, their tears, their psychological and physical wounds, can't remain the same," said German Jesuit priest Hans Zollner, a psychologist who travels the world educating priests and is one of the conference's organisers.

"The Catholic Church has been faced with this problem for the last 35 years," he said, hailing rigorous preventative measures taken in Australia, Britain, Canada, Ireland and the United States.

"It works: the number of new accusations of sexual assault in all these countries is now minimal," he said.

The aim is for the heads of the world's episcopal conferences to achieve "a feeling of collective responsibility" said Father Federico Lombardi, who will be leading debates during the conference.

"The credibility of the Church is at stake," he said.

The summit comes after Pope Francis defrocked a former cardinal - American Theodore McCarrick - over accusations he sexually abused a teenager 50 years ago.

McCarrick, 88, who resigned from the Vatican's College of Cardinals in July, is the first cardinal ever to be defrocked for sex abuse. 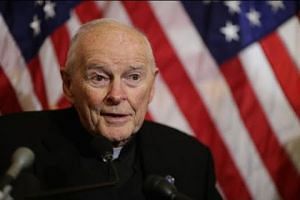 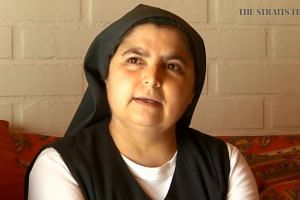 Chilean Vatican expert Luis Badilla said the meeting would be a "decisive moment for the pontificate".

"We want this meeting to result in concrete measures," he said, echoing victims' hopes for the conference, being held in the wake of paedophile scandals that have shaken the Church particularly in Chile and in the United States.

That reflects the Church's centuries-old instinct to protect its image, he said. But added that "the only way to emerge from the crisis is to tell the whole truth".

In France, prosecutors said on Friday that they were investigating a sexual assault complaint made against the Vatican's envoy to Paris, 74-year-old Luigi Ventura.

He is accused of molesting an official at the Paris mayor's office, a judicial source told AFP.

The pope has already warned those hoping that the four-day meet will be a panacea that "the problem of abuse will continue".

"By resolving the problem within the Church, through becoming aware, we will contribute to resolving it within society, within families, where the shame means everything is hidden," Pope Francis said.

The meeting will come up with "protocols for moving forward", because "sometimes bishops don't know what to do," he said.

Father Zollner is also wary of people hoping for a magic wand of "new norms" that will make the problem simply disappear.

Bishops must "change their attitude", which can be more difficult than drawing up new rules or guidelines, he said.

The scale of the problem is impossible to measure statistically.

A study in the United States said that between 3 and 4 per cent of the clergy were involved in abuse before 2002, when stricter guidelines were published, said Father Zollner.

While the Catholic Church says it is trying to address the problem, other churches are also affected.

In the United States, the Protestant Southern Baptist Convention has been hit by a wide-ranging sex abuse scandal involving almost 400 pastors, volunteers and teachers over two decades.