But that may be starting to change, thanks largely to vigorous environmental campaigning.

Under pressure from activists, the European Union, Britain, India and even fast food giants like McDonald's have all made some headway towards bringing the use of plastic straws to an end.

And with public pressure growing on governments, particularly in Europe, to ban single use plastics, manufacturers are feeling the heat.

According to peer-reviewed US journal Science magazine, eight million tonnes of plastic are dumped into the Earth's oceans and seas each year - 250kg every second.

For years, the focus of environmentalists has been on plastic bags. But plastic straws have now come into the spotlight, thanks in part to images that have gone viral on the Internet.

One online video about the danger posed by seemingly innocuous straws shows a sea turtle rescued off Costa Rica getting one removed from its nostril.

The British government in April said it planned to ban the sale of single-use plastics including straws.

The European Union followed suit in late May. 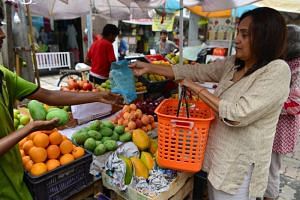 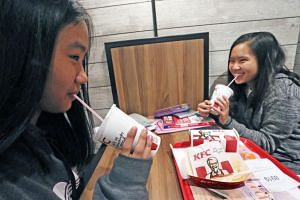 Seattle bans plastic straws, but US still has a long way to go

In India's commercial capital Mumbai, Burger King, McDonald's and Starbucks were fined for violating a ban on single use plastics, an official said earlier in June.

India's Prime Minister Narendra Modi has pledged to make his country free of single use plastic by 2022.

Some corporations are also taking steps.

In the UK and Ireland, McDonald's has pledged to complete a transition to paper straws by 2019.

In France, the burger giant is testing alternatives.

The Hilton hotel giant in May vowed to remove the offenders from its 650 properties by the end of 2018.

"Laid end to end, the straws saved each year in (Europe, the Middle East and Africa) would exceed the length of the River Seine," the hotel chain said in a statement.

There are alternatives to plastic straws, but they are much pricier.

Others are using raw pasta and bamboo sticks.

The United States is resisting change while Europe takes the lead with biodegradable plastics made either from fossil fuels or crops such as potatoes and corn.

Some 100,000 tonnes of bioplastics were produced in 2016 in the world, according to Germany's specialist Nova-Institute.

And while this may appear to be a step in the right direction, manufacturers are concerned about the impact outright bans would have on their sales.

"But big corporations also have concerns over their image and they must at least try to find a way to respond to society's expectations."

Europe's top plastic straws manufacturer Soyez, which is based in France, is also uncertain about how to make the transition.

"The problem isn't new and it's serious, so we obviously need to find alternatives," the company's director Pierre Soyez said.

"We've been working on this for several months," he said, adding that it was "really complicated" to try to make the shift overnight.

Experts, meanwhile, warn that biodegradable plastics may not be a miracle solution anyway.

"People think that biodegradable means nothing is dumped in nature. But that's not the case at all," engineer Virginie Le Ravalec of the French Environment and Energy Management Agency.

A separate collection system for bioplastic waste would need to be set up in order for the shift to really work, and that would involve millions in investment from states.

Activists fear, however, that biowaste may end up in the oceans - much like plastic has for decades.

"Over periods of days, weeks or even months, a bioplastic item could present just as much threat to marine life as a conventional plastic item," Ms Fiona Nicholls of Greenpeace warned, adding that humanity's only hope is to reduce our use of plastics.

"Swapping one plastic for another...is not a fix to the plastic pollution problem that our oceans and waterways face."