The White House has not issued any statement on the call and spokesmen for Mr Trump would not immediately confirm it.

The Kremlin said the two leaders had spoken by phone at Washington’s initiative, hours after Putin ordered the Russian army to help firefighters battle the wildfires.

The fires have spread to around 3 million ha of mostly remote forest, an area almost the size of Belgium, according to the Federal Forestry Agency, wafting smoke across Siberia and prompting several regions to declare states of emergency.

Mr Putin thanked Mr Trump for the offer but said a group of airplanes had been formed in Siberia to fight the fires, according to a translation of the statement.

Mr Putin said that Mr Trump's call was a signal that "in the future, it will be possible to restore full-format relations between the two countries". 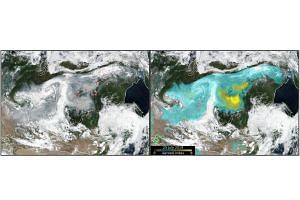 Mr Putin expressed his sincere gratitude for such an attentive attitude and for the offer of help and support.”

Mr Putin told Mr Trump that Moscow would take him up on his offer if necessary, the Kremlin said, adding: “The Russian president took this step from the US president as a sign that in the future we can restore full-scale ties between our two countries.” Russia has long been keen to try to start rebuilding battered US-Russia relations, which remain strained.

Relations between the US and Russia deteriorated after American intelligence agencies determined that the Kremlin interfered in the 2016 election on Mr Trump's behalf.

The US issued sanctions against Russia both for the election interference and the attempted murder of a former Russian spy in the UK that the British government blamed on the Kremlin.

Mr Trump has nonetheless tried to maintain a personal friendship with Mr Putin.

The two leaders agreed to continue their contacts over the phone and in face-to-face meetings, the Kremlin said.

The White House confirmed the two men had spoken by phone and said they had discussed the wildfires as well as trade between their two nations.

Russia has declared a state of emergency in four Siberian districts because of the fires.

Plumes of smoke visible from space have stretched across the region to the Ural mountains thousands of kilometres away.

June temperatures in the Siberian districts were about 6 degrees Celsius above the 30-year average from 1981 to 2010. About three million hectares were burning as of Wednesday, according to the country's Federal Forestry Agency.

Wildfires in the US have not always drawn sympathy from the American President.

Mr Trump sparked outrage last year as wildfires devastated parts of California by insisting that poor forest management by the state's Democratic leaders was to blame.

He threatened to withhold federal money for maintaining the forests even as the fires raged through Butte County north of Sacramento, effectively destroying the town of Paradise and killing dozens of people.

After a backlash, Mr Trump softened his tone and approved an expedited request for disaster aid.

Nevertheless, Mr Trump has proposed cutting the US Forest Service's funding for the national forest system by as much as 19 per cent.

Some of the programs designed to reduce wildfire risk, including restoring forest landscapes and the Integrated Resource Restoration Pilot, would be eliminated altogether.