(REUTERS) - Below is a timeline of breaking events in Turkey on Friday. All times in SGT, based on the times Reuters reported the events. Reuters does not vouch for events reported by other media.

1354 – Turkey’s intelligence agency headquarters was attacked by military helicopters and heavy machinegun fire, wounding at least three people overnight, an intelligence source tells Reuters. The head of the agency, Hakan Fidan, was at a secure location and in constant contact with President Tayyip Erdogan and Prime Minister Binali Yildirim, the source adds.

1329 – The head of Turkey’s armed forces, Hulusi Akar, has been rescued after being held hostage, a senior Turkish official says.

1310 – Turkey’s military headquarters are now held by pro-government forces but small groups of rebel soldiers are still resisting and control some military helicopters, a senior Turkish official says. Says 29 colonels and five generals had been removed from their posts.

1233 – Supporters of Turkish President Tayyip Erdogan attack a group of soldiers who had surrendered on an Istanbul bridge before police intervene to rescue them.

1218 – An email from the Turkish military General Staff’s press office address says the faction of officers behind the coup attempt is still fighting. Calling itself the Peace at Home Movement, the faction tells people to stay indoors for their own safety.

1156 – Turkey appoints the head of its First Army, Umit Dundar, as acting chief of military staff, while the whereabouts of the head of the armed forces is unknown, a senior Turkish official tells Reuters.

1142 – Soldiers involved in the attempted coup surrender on one of the bridges across the Bosphorus in Istanbul, abandoning their tanks with their hands raised in the air, live footage on CNN Turk shows.

0919 – The attempted coup was an act of treason and is a reason to “clean up” the armed forces, Turkish President Tayyip Erdogan says.

0900 – Erdogan appears among supporters at Istanbul airport, says uprising has been attempted against solidarity and unity of country; says no power is above national will.

0845 – Around 30 soldiers, part of faction attempting to carry out a military coup, surrender weapons after being surrounded by armed police in Istanbul’s central Taksim square.

0827 – Two more explosions hit parliament; member of parliament reached by telephone says lawmakers are hiding in shelters at the parliament. 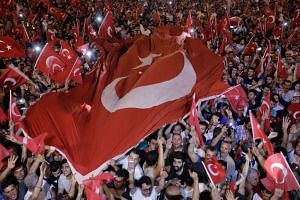 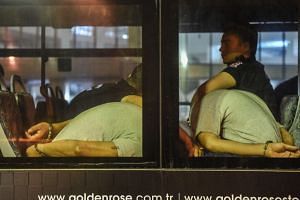 Jubilation and retribution as Turkey coup is faced down 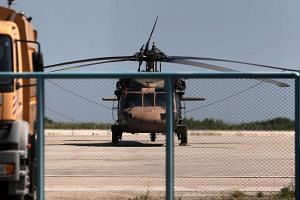 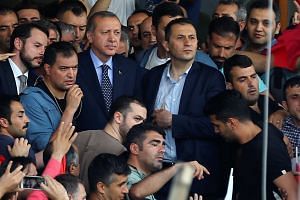 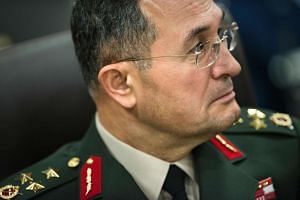 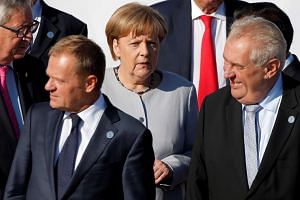 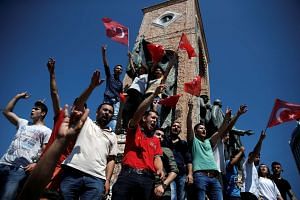 Erdogan calls on US to extradite preacher Gulen in Istanbul speech 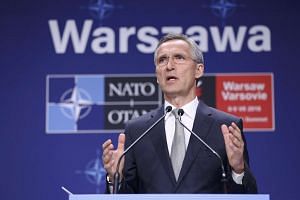 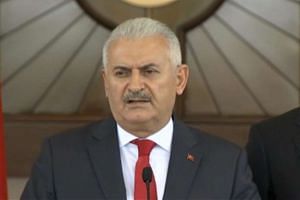 Turkish PM: Any country that stands by cleric Gulen will be at war with Turkey 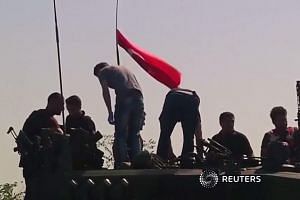 Attempted coup in Turkey: What we know so far 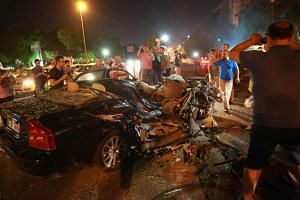 0651 - Commander of special forces says a group has engaged in treason, they will not succeed. Says military does not condone coup.

0647 - PM says gangs and illegal formations are behind coup attempt, and calls it a terrorist act. He says government remains in charge. Urges people to take to the streets.

0637 - Commander of Turkey's First Army, part of land forces responsible for Istanbul and other western areas, said those attempting a coup were a small faction and "nothing to worry about".

0603 - Turkish justice minister says members of a movement loyal to US-based cleric Fethullah Gulen in the army are behind the attempted coup.

0551 - A military helicopter opens fire over the Turkish capital Ankara, witnesses report an explosion in the capital.

0526 - Turkish President Tayyip Erdogan urges people to take to the streets to protest against what he describes as a coup attempt by a minority faction within the military. Speaking to a CNN Turk reporter via a cellphone video link he says it will meet a "necessary response". He says he is returning to the capital Ankara.

0522 - Turkish PM says on Twitter everything will be done to put down coup attempt, even if it means fatalities. Says sieges are under way at some important buildings, without specifying, but urges people to remain calm.

0518 - Presidential source says president and government are still in power.

0505 - Turkish state broadcaster says reading statement on the orders of the military - that new constitution will be prepared, accuses government of eroding democratic and secular rule of law, that the country is being run by a "peace council", that martial law imposed, curfew imposed across the country.

0449 - Turkish presidential source says statement made on behalf of armed forces was not authorised by military command.

0425 - Turkish military says has taken power to protect democratic order. In a statement sent by email and reported on Turkish TV channels, the military says all of Turkey's existing foreign relations will be maintained.

0402 - Turkish Prime Minister Binali Yildirim says attempted coup under way, calls for calm. He says a group within Turkey's military has attempted to overthrow the government and security forces have been called in to "do what is necessary".